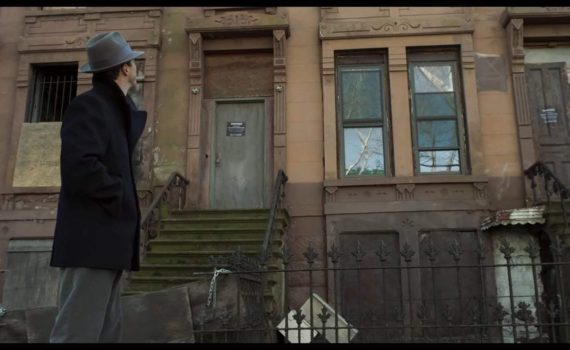 It’s been a long time since Keeping the Faith and the year 2000, but Ed Norton is back directing again, this time with a slightly different approach, and minus Jenna Elfman.  Norton hasn’t been too busy acting lately either, becoming picky as he hits 50, opting for voice work more often than screen work, but I guess he’s earned it, the guy can do what he wants.  Some of us will never forget the amazing things he has done in the past, and understand that he’s just as elite as names that get thrown around more often; Daniel Day-Lewis, Tom Hanks, Leonardo DiCaprio.  Norton is a legend and a professional, I have watched and will watch him in anything, and I support his comeback, if that’s what you want to call it, as he attempts to get back in the director’s chair.  And it is more of an attempt than a smash success, unfortunately, as Motherless Brooklyn cruises by at a low speed and with a low ceiling, not creating much of a wake.

New York City in the 1950s is a town divided between the wealthy who are enjoying the country’s success and the poor who are too often considered half human.  The titans of industry plow straight ahead while America has money to spend, while black and brown folk get out of the way before they are crushed beneath the wheel of progress.  At the head of the bulldozer is Moses Randolph, a man leading too many city committees to count, a bulldog with no oversight and no scruples.  In his way is activist Laura Rose, fighting for the people and making some noise, for all the good it will do.  And in between the action is private eye Lionel Essrog, whose former boss Frank Minna was killed uncovering some dangerous secrets, a mission Lionel now sees as his personal responsibility, as well as solving Minna’s murder, all while trying to stay alive himself.

Norton is fantastic in everything, he’s just so special, and this role, with Lionel having OCD and tics, reminds me of the part he plays in The Score, which is a highly underrated movie.  I think that character was supposed to have palsy, I don’t mean to say that this role is exactly the same, I only mention it because I think that Norton might be the only actor I’d trust to play something so physical without making it demeaning.  He can direct, sculpt, star, and inhabit a complicated protagonist all at the same time, all at a high level, and not too many in the industry can say that.  But, dropping the other shoe, the film itself isn’t exactly special, more good than great, and that’s a disappointment.  The cast isn’t the problem: Norton, Mbatha-Raw, Dafoe, Alec Baldwin, Bruce Willis, Bobby Cannavale, Dallas Roberts, Fisher Stevens.  And the music, costumes, and plot all work smoothly together, no issues there.  It’s just that there’s something missing, an x-factor, as frustratingly unclear as that term is, a spark to pull audiences deeper, something vague but necessary, and that keeps the film from reaching the next level.  Maybe it’s the noir vibe, which is hard to love, maybe it’s the adaptation from the novel, which is hard to execute, or maybe Norton was attempting to wear too many hats.  Whatever is was, Motherless Brooklyn won’t be at the top of most lists, but I’m sure glad Ed Norton is back on the scene, and I hope he keeps producing content, because I’m here for it all.