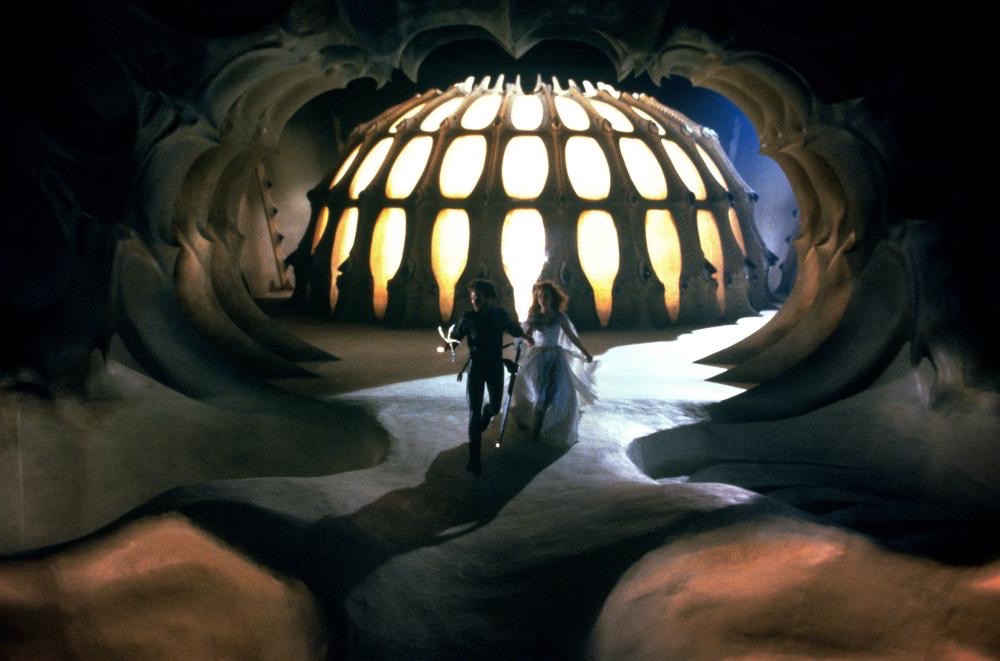 Is Krull, like, the best movie ever?  Obviously no, but also …yes?  It’s confusing, and this is a confusing cinematic experience, filled with ridiculous imagination and unconventional movement, until you’re really not sure if what you’re watching is terrific because it was planned to be or because it happened to be on accident.  Because this isn’t a typical question of “is it so bad it’s good?”, no, it’s much more clear than that; Krull is excellent.  But it’s, just, so weird, so excellent in a weird, unfathomable way, that maybe it’s hard to trust our own eyes.  So I propose that I simply go off instinct and declare this film incredible.  Why not.

To a peaceful planet comes a murderous Beast, whose will is to dominate all species and life, until he is the master of everything.  With his Slayers as his foot soldiers, and protected in a magical Black Fortess, the Beast lays waste to the land, and plots to destroy the last remaining hope for the free world; the union of two great houses and the marriage of their young heirs, Colwyn and Lyssa.  So when Lyssa is kidnapped and the wedding is ruined, Colwyn must find the Fortress, rescue the Princess, and end this threat to his world, with an unlikely band of magicians and ragamuffins as his trusted companions.

Krull is like Legend meets Last Starfighter, but it was made before both, and has such a sense of its own uniqueness that it almost feels wrong comparing it to anything else.  So maybe I should say that others copied it, and maybe sometimes did it better, but none can quite live up to the audacity that is this movie and its unusual fervor for atypical entertainment.  It’s wild, it’s all over the place, it’s fantasy, it’s sci-fi, it seems made up on the spot at times, but it always has an honest eye toward high adventure, and that’s something that’s just too rare to judge too harshly.  Krull is special, and so is its cast, filled with “it’s that guy from” moments and surprisingly good performances.  For what this movie is, for what you expect it to be when you sit down, there might be no bigger payoff for such a small investment.