Movie Review – 10 Things I Hate About You 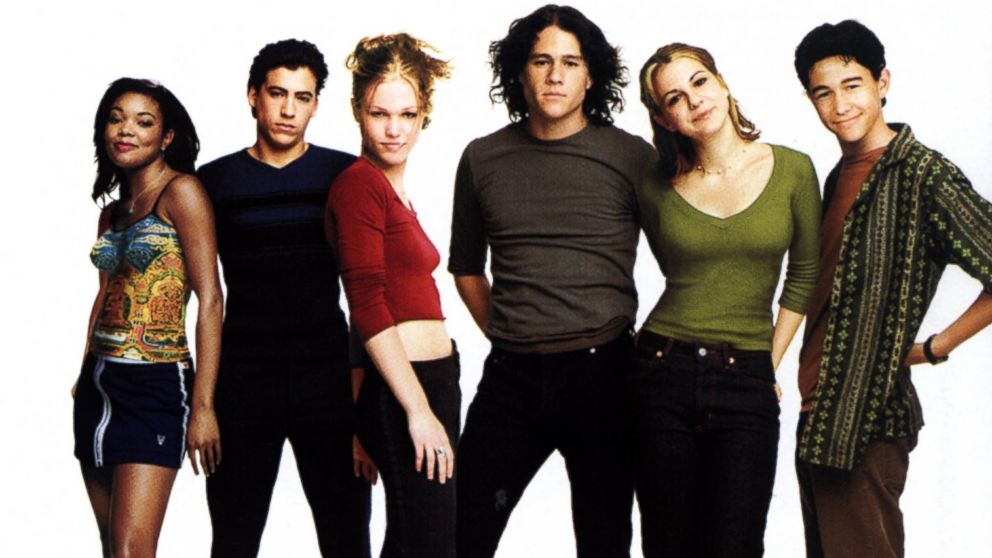 Movie Review – 10 Things I Hate About You

One of the most iconic teen coming-of-age comedies of the late 90s, perhaps rivaled only by the raunchier American Pie, which was a completely different beast, 10 Things I Hate About You boasts both a spectacular cast and a phenomenal vibe, bringing a classic story to life in a modern way that makes us all feel like overwhelmed high schoolers once again.  10 Things is so classic it’s been lampooned, and that’s a big sign of respect, to be such a pillar of a genre that you have to make fun of it.  Fortunately, it still watches very well, it defends the ridicule with ease, and it really will brighten up your day in ways you didn’t expect.

New to a local high school, Cameron gets the rundown on all the cliques; the wannabe cowboys, the wannabe Rastas, the business professionals, the audio-visual club, and, of course, the popular kids.  No girl is more popular or more beautiful than Bianca Stratford, who Cameron instantly falls in love with, but there’s just one problem; Bianca can’t date.  Well, she can’t date until her older sister Kat does, and Kat is downright scary; angry music, angry books, wild ideas like that a woman can be more than simply pretty, that kind of stuff.  So Cameron  and his friend devise a plan, to pay an equally scary guy named Patrick to take Kat out, so that that Bianca will be available, which sounds like a good idea, until Patrick starts to fall for Kat and Kat finds out about the whole, messy charade.

Calling 10 Things a classic doesn’t even begin to describe its importance; this is cinema history right here.  This is the defining film of the genre, this is the mother ship, and although it stands on the shoulders of the 80s giants, it also holds its own as a coming-of-age behemoth.  And, don’t forget, it takes its tale from Shakespeare, spicing it up for the modern era, but also sticking to its roots, set deep in love, honesty, finding your partner, and finding yourself.  Then there’s the cast, which is incredible, and we all remember being stunned by Ledger here, in the movie that launched his tragically-short career.  There is magic abounding if you want to see it, and especially if you grew up with it; I was 16 when 10 Things came out, so I was ripe for falling in love, but I enjoy it to this day as well, because “it factor” doesn’t fade.