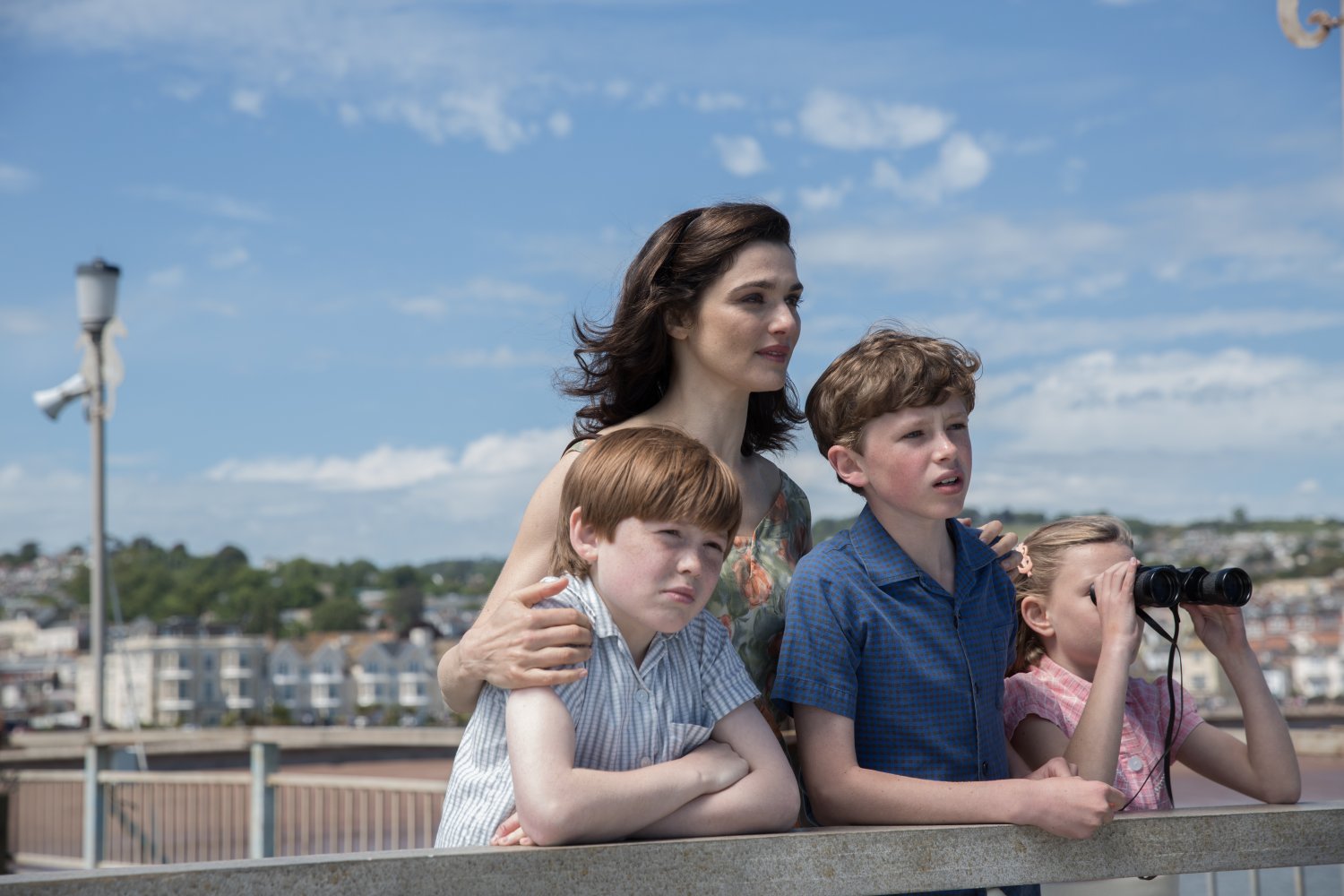 The Mercy sailed completely under the Oscar radar this season, despite being released in the US in November and starring as stellar a British trio as you are likely to find.  I speculated, after seeing the trailer, that there must be a reason the studio wasn’t drumming up support for this flick, since it so obviously had AWARDS written all over it.  It seemed like they must have known something we ourselves didn’t, since the true story looked interesting, the cast was more than talented enough to support it, and the stars should have aligned quite nicely.  Well, now that I’ve watched it I’m of two minds: part of me says the studio guessed us right, this isn’t a movie we’re gonna rave about, but the other part wishes there was no such thing as Oscar Buzz, because The Mercy would have done just fine on its own, it’s an absolutely fine film, had it not been for the make-or-break level of pressure we put on any potential candidates come this time of year.

This is the real (or at least as real as we can know) account of the plight of Donald Crowhurst, the man who lied to England.  Don was an amateur sailor and a failed businessman, with a lovely family and a lot of debt waiting for him at home each time he put back into port.  In 1968, when the Sunday Times announced a prize for the first man to circumnavigate the globe my himself in a sailing vessel without stopping, AND a prize for the man who could do it the fastest, Donald sent in his application.  He built a boat using other men’s money, mortgaged his home and business, hired a PR specialist, and determined to make himself famous as the amateur who beat the professionals, the small town guy who faced the dangers of the southern oceans and came home a hero.  But his doomed voyage went nothing like he had dreamed, running into catastrophe very quickly, and forcing Don to turn back.  However, since failure wasn’t an option and going on was too dangerous, misleading all who awaited him at home seemed the best option.  And so began a madman’s attempt at fooling a nation, an escapade that was sure to end horribly.

This is a fairly remarkable story, one both sad and ridiculous, how a man with so much on the line could be driven to fabricate a tale he had no hope of supporting once he returned to the world he left behind.  And there’s a lot left in the air, a lot left unanswered; we may never completely know the hows and the whys, which makes this movie even more interesting.  It’s a cool idea, it goes by quickly, I was never bored, and when compared to something like Adrift is starts to look even better.  What else could you imagine, with a cast as strong as this one to see the plot to its ending?  Firth was great, Weisz was almost too good and beautiful and perfect to fill the wife-left-at-home role, and Thewlis is basically a global treasure.  But still, I do see why the film isn’t winning any awards.  It’s fine but not dazzling, nice but not too memorable, and the studio probably, and very quickly, understood this and so stopped trying to push it toward any sort of awards goals.  That’s also frustrating though, because, had the Oscars not been a consideration at all, we might have watched The Mercy one random evening at home in our living rooms and thought ourselves lucky to have watched a simple, steady, well-acted, true-life drama of this caliber.  That’s not where we are, I understand, these actors are capable of better, but I am still a bit annoyed that any film that we deem award-possible is cast aside if it doesn’t live up to those expectations.  Clear your mind of all that, watch without asking too much from it, and this movie will please; it definitely has that much to offer.