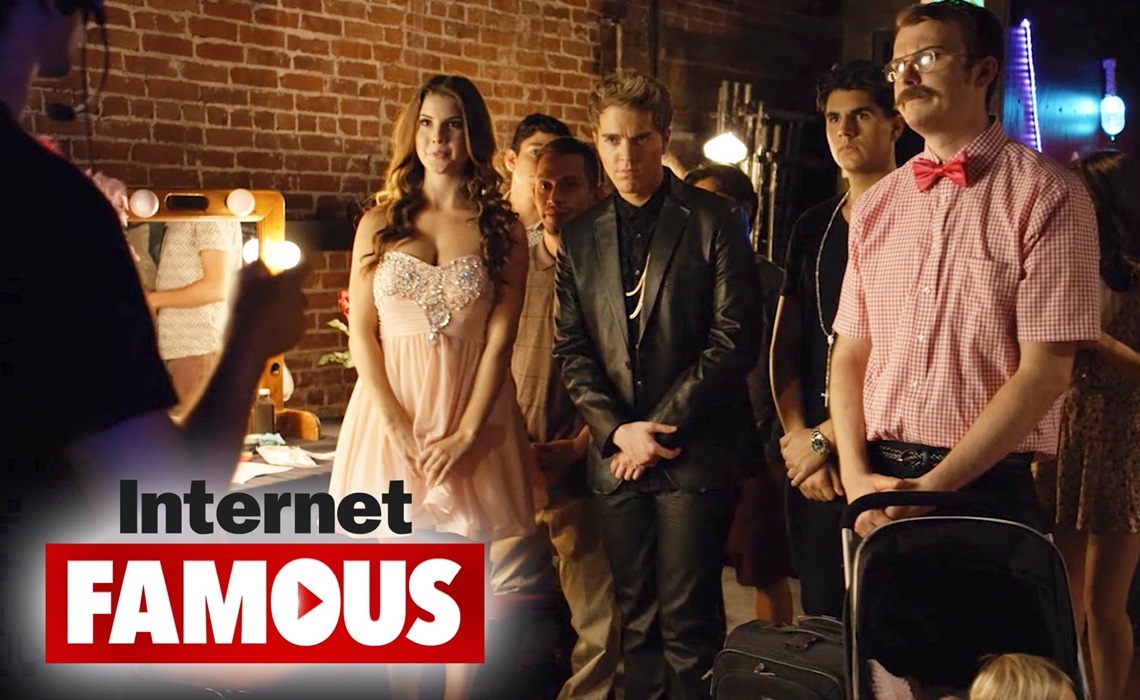 A spoof comedy that’s a combination of Best in Show, American Dreamz, and Dancing with the Stars, Internet Famous puts YouTubers on blast. Or is it “on fleek”? I have no idea, and that’s part of the point of this film. Today you can become famous for being an online personality with no personality, a star with no star quality, and famous for being famous. This ridiculous amount of exposure is all made possible by the world-wide web, where literally anything goes and anyone might see it. Instagram, Twitter, YouTube, FaceBook; if you want someone to see your life or your work, all you have to do it put it out there. Young people will see it, judge it, call it by incomprehensible terms, and maybe, if you’re lucky, make you a household name.

Five internet stars come together for one contest where the prize is their very own show. Tomas does music video parodies and is now a millionaire, with countless devoted followers hanging on his every word. Veronica was in a stupid dance remix and became an overnight sensation when it went viral, but is haunted by the fact that no one knows her as anything but the Wobbly Walk girl. Dale scares his baby girl on purpose, films it, and makes memorabilia based on her terror, something the internet crowd apparently goes wild over. Amber Day has giant breasts, bounces on a bed, makes lames jokes, and can afford three personal assistants. And lastly, Dennis Wasserman, a director who only films his cat and would die to be taken seriously. Who will sell out enough to win the contest, who will get their own show, and who will be the real loser?

Shot in mockumentary form, Internet Famous is a nod to Christopher Guest with an infusion of modern problems. John Michael Higgins pops up long enough to pass the torch to a new generation of farce, the online version of cutting comedy. There really are a variety of social issues addressed by this film, done in a cool, interesting, and usually hilarious way that manages to poke fun but also make a point. TV talent shows, selfie aficionados, pompous celebrities, clueless fan girls, self-absorbed web starlets; it’s a crazy world out there. The film spoofs so much in so little time, buys a few laughs, and then is on its way; exactly as it should have been done. Is it amazing? Of course not. Entertaining & strangely poignant? Kinda. Put it way down on your list and when you get to it someday I doubt you’ll be disappointed.