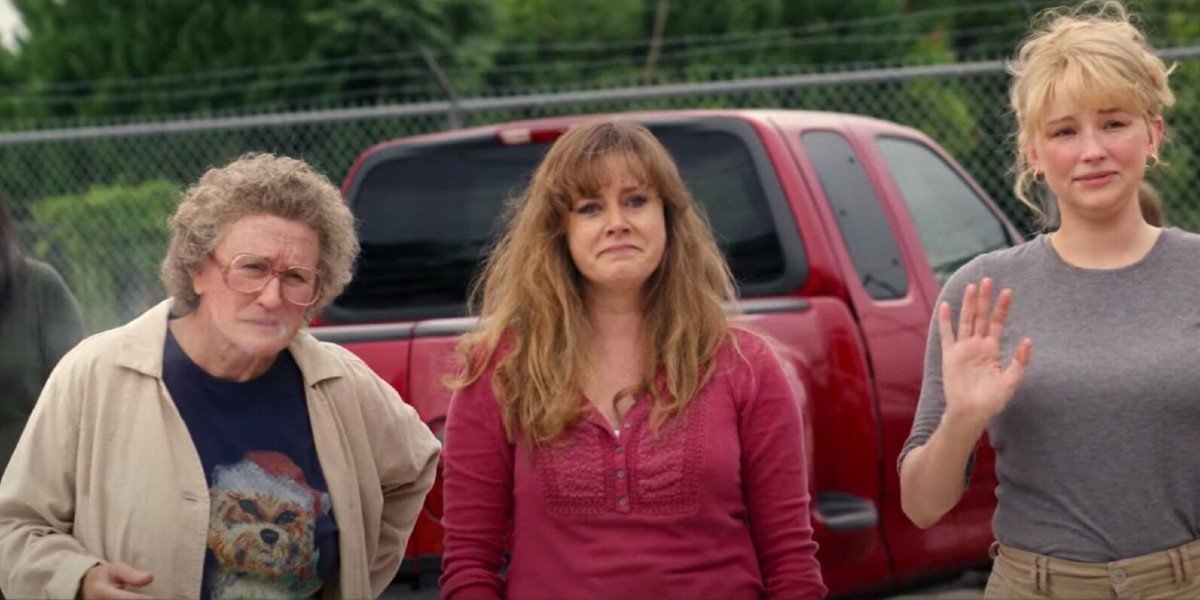 There’s a good movie here somewhere, and I think it’s called The Devil All the Time.  Watch that instead, and leave this film to the one person it matters to; the author of the book.  It must have been an incredible moment for him, to see his life story on screen, but, you know what, we don’t know him, so why the hell should we care?  This is about as personal as you can get, without the redeeming quality of pulling audiences into a shared experience, which leaves us with a movie that sucks from every other angle.  Hillbilly Elegy is a disaster, a complete disaster, and it should be ashamed of itself.

Hustling through Yale law school with only his wits and a supportive girlfriend to push him along, JD Vance struggles to make ends meet, as neither he nor his family have any money or any means.  When he gets a call from his sister saying that their mother has overdosed, he races home to rural Ohio to aid someone who can’t accept his help.  JD reflects on how it got to this point, how he got away from the trap of poverty, and how his Mamaw raised him right, all while grasping at the memories of his home and the undeniable love of his family.

Ron Howard has made some excellent films; this is not one of them.  Hillbilly Elegy is a book gone bananas, or at least an attempted adaptation gone completely off the rails, because absolutely nothing works.  It’s a story we can’t possibly care about, it’s far too specific, far too personal, and then performed for us in the absolute worst ways possible.  If I was one of the actors on screen here I would publicly apologize before I ever signed on to do another movie; there should be some sort of penance involved.  From Amy to Glenn, from Haley to Frieda, from old JD to young JD, these performances were all examples of exactly what not to do.  Overdramatized, overworked, overindulgent; crap, crap, and more embarrassing crap.  It’s hard to believe movies like this even get released; who saw the footage and thought that others should have to bear witness to the same torturous incompetence?