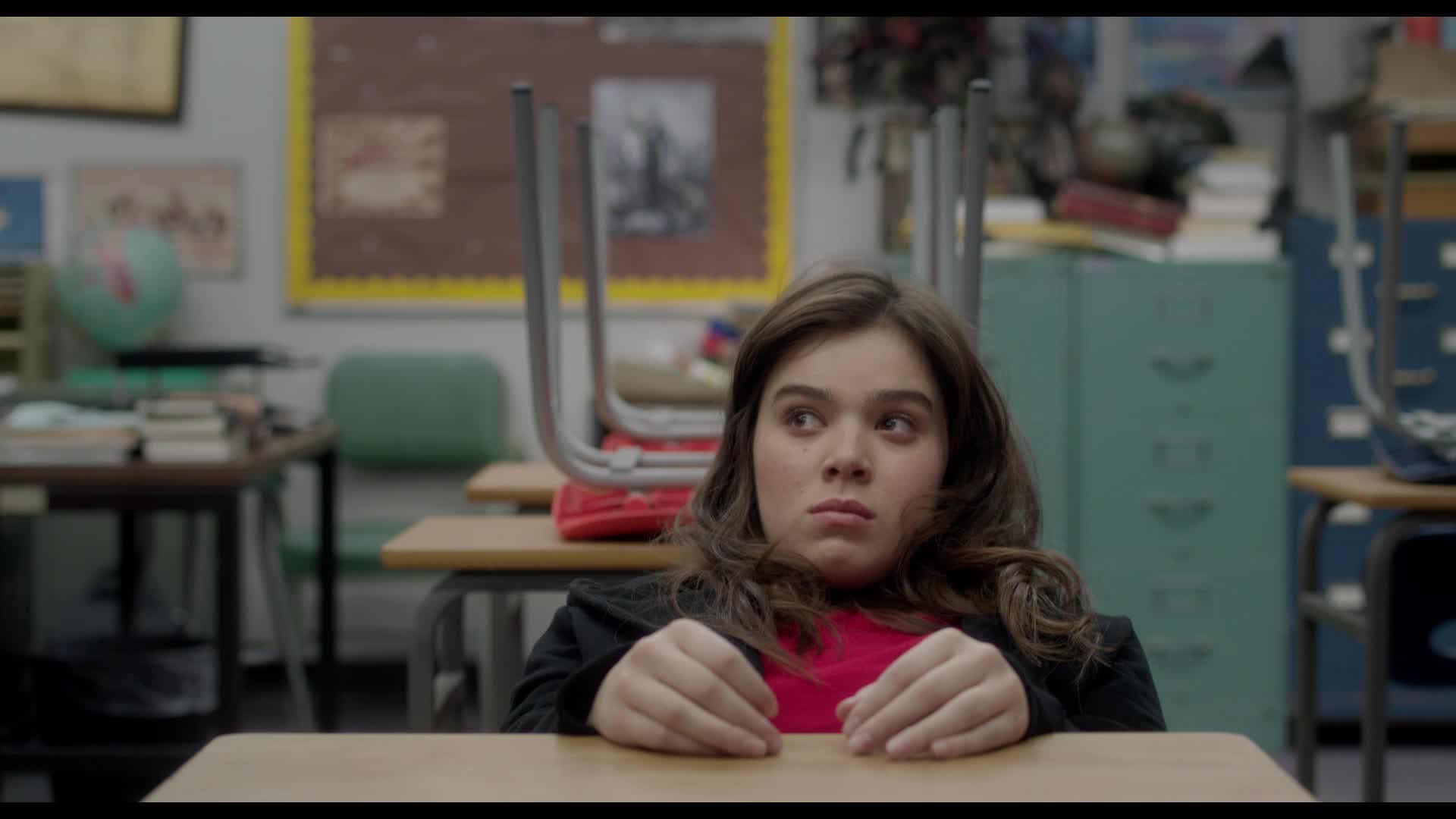 Hailee Steinfeld may have just saved her career.  It blossomed too soon, like a flower thinking that spring had arrived only to be blasted by a frost that sucked all the life out of what once looked to be a promising and beautiful thing.  OK, too dramatic, but you understand.  She leaped onto the scene with True Grit, was labelled as America’s next great young talent, and then proceeded to star in a slew of terrible movies (3 Days to Kill, Barely Lethal, Term Life) that threatened to ruin her filmography before it was even barely written.  But The Edge of Seventeen may just be the ray of sun her withering leaves needed to perk back up, and we may see a resurgence that saves her from disaster.  Again, dramatic perhaps, but Hollywood isn’t a place of boring normalcy, and one bad choice can derail a career path, just as one good one can shoot it off toward stardom.

High school student Nadine has never had it easy.  Naturally awkward and strange and bumbling and anxious and weird and rude and generally out of place, she’s never been able to make friends, socialize, meet boys, cope with school; you know, the normal stuff teenagers are supposed to be able to manage on their way to adulthood.  Nadine has exactly one friend, she wears vintage shoes, she annoys her teachers, and she can’t drive a car, which all amounts to basically being a total loser.  When her father dies things get worse, and when her friend Krista starts dating Nadine’s perfect older brother life becomes unbearable.  Can she strike up a conversation with a boy that doesn’t come off as racist, can she get along with her mom long enough to move out, and can life get any better for a teenager with no self esteem, no style, and no filter?

The Edge of Seventeen is a modern coming-of-age story, part comedy and part drama, but always refreshingly honest in the way it handles adolescence and the pains inherent to the age.  I think that audiences, and not just girls, will be able to relate to Nadine’s temporary insanity, as you struggles to maintain a facade while internally she can’t even stand her own face.  We’ve all been there, which is why this works, and why this movie is naturally funny.  Also, its actors seem to all be personally invested in delivering this message, which helps tremendously.  Steinfeld is great, never better, and I really do think she may have just revived something that was dying.  Her friend, her brother, her mom, all solid, but it was Woody Harrelson as her teacher and Hayden Szeto as her friend Erwin who really stole the show, lending heart & comedy to a plot that did tend to drift sometimes, but was always reined back in by these two.  One of the better comedies of the year, Seventeen deserves the recognition it has gained in small circles and also deserves your time.