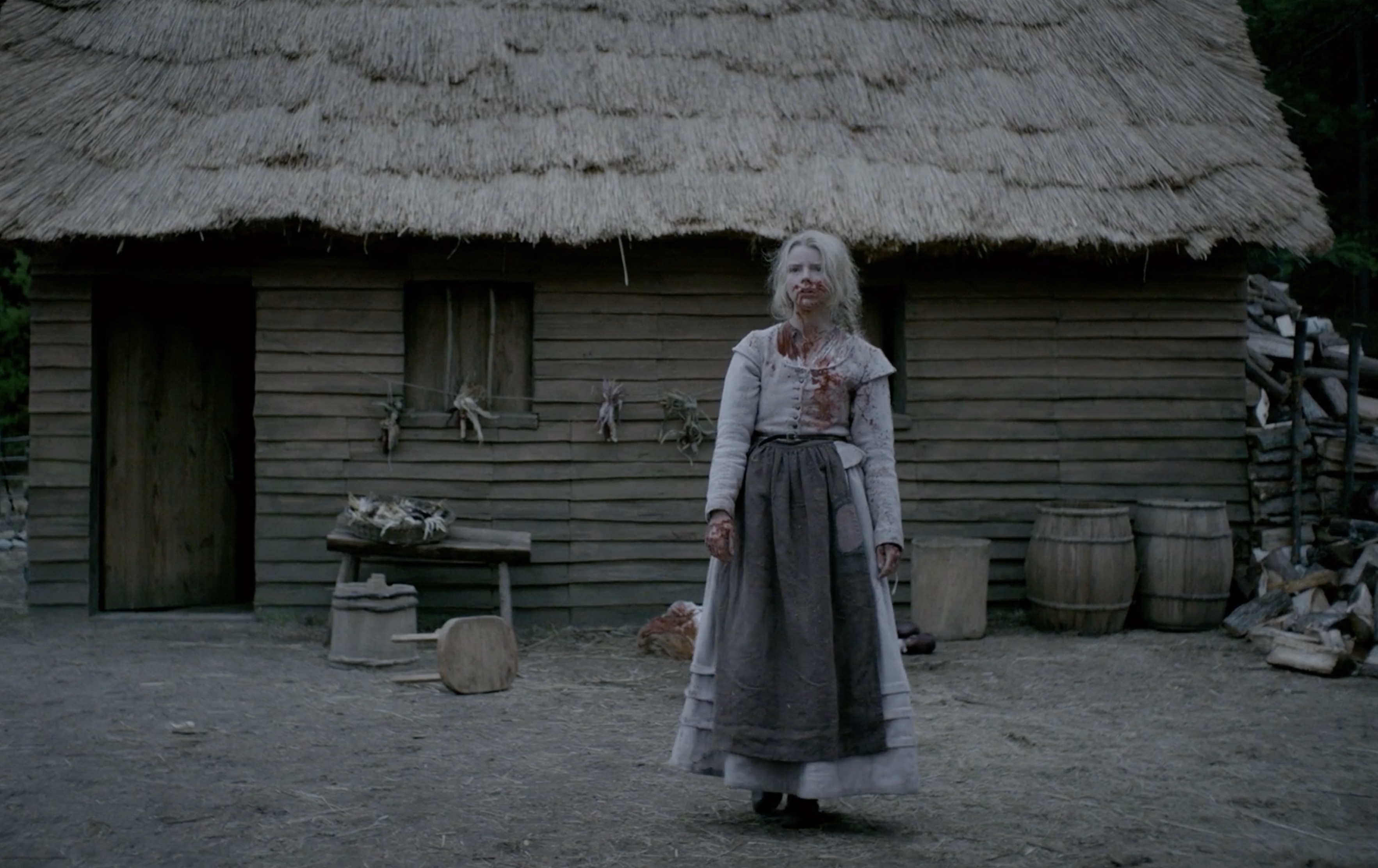 Each year one or two horror flicks actually catch the attention of critics groups and rise above their budgets to become more widely-renown than they ever dreamed of, or at least more talked about in awards circles.  In 2014 it was The Babadook, in 2015 it was It Follows, and in 2016 it is The Witch.  Some might still be stumping for Don’t Breathe, for my money you want The Shallows, but The Witch seems to have risen to the top of the bloodbath to become this year’s horror queen.  Why?  Well, that’s not easy to explain, and I think often the reason is as surprising to the filmmaker as it is to audiences; the film just works.  It just resonates for some inexplicable reason, when others of the exact same genre and style just don’t.  The Witch shocks and scares, but it also simply feels well made and somehow believable, which makes it all the more terrifying.

In New England in the early days of the English settlers, religion held a powerful sway over the land and over the tight-knit communities that barred their doors against the night.  One family, led by a father in William who refused to bend to the structure of the local church, would rather live alone in the wilderness in order to have the freedom to worship God independently than bow under the yoke of organization.  So they, the mother & father along with five children, travel outside the town to find their own space.  All is well on their new farm until one day baby Samuel is snatched away right out from under the eyes of the eldest daughter, Thomasin.  Was it a wolf or an evil spirit of the woods, no one seems to know, but when other strange things start to happen around this blossoming child, her family begins to whisper of witchcraft.  Placed between a God-fearing father, an unloving mother, a responsibility for the younger children, and a selfish desire to be her own person, Thomasin will fall prey to the powerful and seductive predator called Evil, in whatever form he may appear.

For alternative horror fans, there’s a lot to enjoy about The Witch, from its unorthodox approach to its frequent return to genre standards.  The story is a unique one, as is the language spoken by the characters, making this an original film with a classic dark side that should make fans happy on both fronts.  The set up was my favorite part; the family, the kidnapping, the trauma of that event, the downward spiral.  But perhaps I would have loved the film more had it gone in a different direction.  It seemed to be prepared to treat evil as a metaphor, to bring up a ton of points and topics, including religion, prayer, panic, insecurity, puberty, family dynamic.  That the filmmaker chose to go more horror and less cerebral was a bit disappointing, but I guess that’s just where he wanted to take it.  Taylor-Joy was a good choice for Thomasin visually, but her acting was only so-so, while her family members actually did a far better job, across the board.  The concept, the creepiness, the authenticity of the time period; these are all solid aspects of the film, I just wish it had gone down a different path, one that would have allowed me to love it or to at least champion it as a must-see.