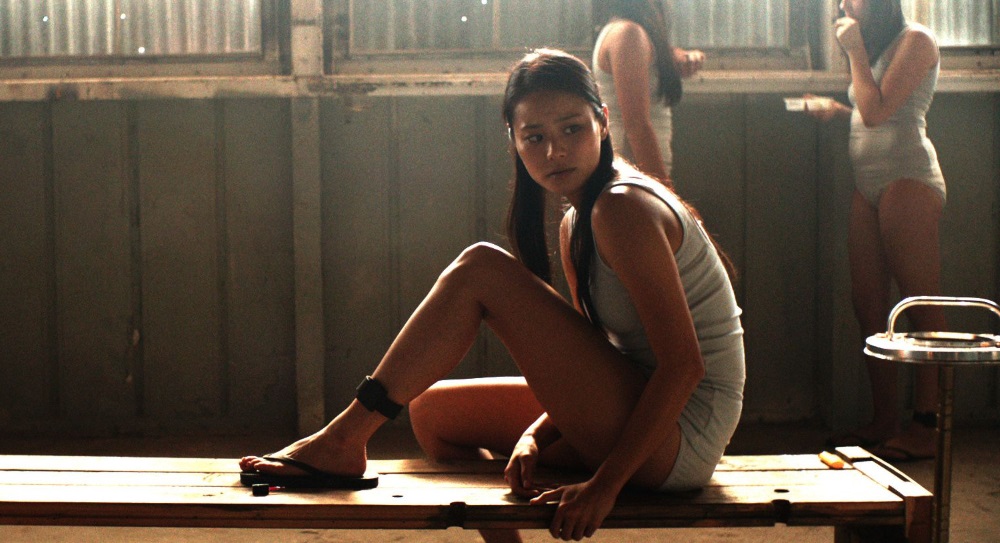 Eden is based on an allegedly true story (there are some issues, you can read about them, I obviously have no idea what really happened) and meant to raise awareness about human trafficking; it may be a disservice to the film to judge it solely as a drama, because it in no way is aiming for the same standards as other, better, fictional films.  Or at least I don’t think it was trying for that; if it was it’s a bad movie, if it was meant as an exposé it’s a laudable service and we should appreciate it as such.  Either way, there’s something here, it may just not live up to its contemporaries if judged too harshly or examined too minutely, because its ceiling is rather and extremely low.

Eden is a beautiful young girl with her whole life ahead of her, who is suddenly kidnapped and forced into slavery as a prostitute by evil men looking to make a profit from bodies that are not their own.  She and many other girls are kept in a garage-like storage facility, kept very clean, but only so that they can have sex with the men and at the parties they are delivered to, all the while held in fear for their lives, the lives of their family members.  Eden’s only chance at escape lies within playing the part of the willing employee, until she finds her opportunity to run, expose the truth, and find her home once again.

Megan Griffiths is not an accomplished director, and Jamie Chung isn’t really an actress at all, she’s a model from Real World, so there was definitely a limit to how high this movie could go.  To say that it reached its peak potential isn’t really an insult; it did all it set out to do, it brought life to a real subject, and perhaps it made audiences aware of a real problem that we had been ignoring.  There’s a lot of uncomfortably reality here, and that’s the point, to make us face the issue, and to put faces to the numbers, whether or not this actual history happened to this actual person.  Chung does a fine job, she’s a passable actor, she simply isn’t that greatly talented, she has a ceiling as well, and she maxes that out quickly.  The story is thin, the supporting cast is mediocre, the movie will never wow anyone, but it was made with a purpose, and that’s something.