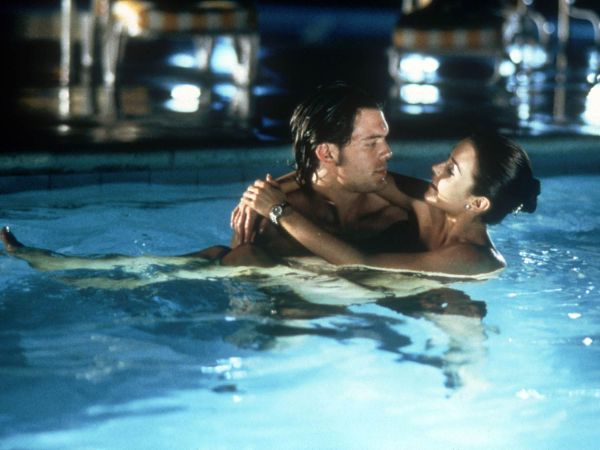 A new director and a four-year sabbatical took the finale of the Cruel Intentions trilogy to unique territory, and resulted in one of the worst movies you will ever see.  The first was quite good, in an off-beat way, the second was much worse, saved only by its references, and the third found a way to make all the positives of the series go away, focusing only on what was god-awful.  It will come as no surprise to anyone that this Silk Stockings-esque, straight-to-video feature is one of the most terrible movies I have ever been unfortunate enough to sit down in front of.  There is almost no way to describe the crime of its existence; I would say you need to see it for yourself, but that would just be mean.

After the events of the original film, the Merteuil family is in a little trouble, cousin Cassy jetting off to sunny California to escape the aftermath of Kathryn’s misdeeds.  At school, she employs her powers of persuasion and seduction to accomplish her goals, whether that be winning bets, bedding studs, or destroying relationships; it all comes pretty easy to the natural devil.  Her friend Jason is up to similar tricks, along with his partner in crime Patrick.  The two boys ruin happy lives after breakfast and sleep with resistant hotties before bedtime; it’s really not even that hard.  But when they go up against Kathryn, heads will roll.

Please don’t watch this movie, and don’t say I didn’t warn you.  It’s nowhere near as good as the first, and the first isn’t even really that good.  I mean, I like it, but only because it’s a guilty pleasure and they didn’t seem afraid to push the envelop, all while capturing 90s teen cinema perfectly.  With the second, any intrigue went out the window, and now with the third, any talent did as well.  This “film” is a ludicrous attempt at making something that resembles a movie; it’s utterly embarrassing that people let themselves be caught on camera for this.  It’s insane, insulting, stupid, petty, gross, unprofessional; we really shouldn’t let anyone involved live this down.  I finished the trilogy, it didn’t kill me, but there’s no way I’d invest any time in the 2016 made-for-TV movie; I’m honestly afraid I might lose the will to live.