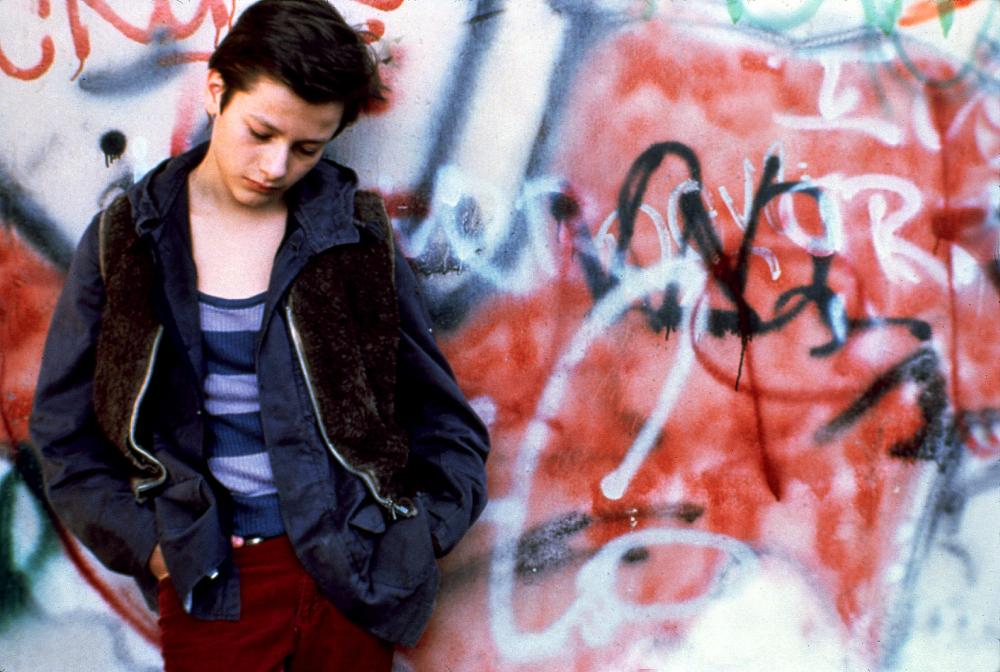 I think Jeff Bridges is my favorite actor.  That’s a tough question to answer wholeheartedly; there are so many wonderful actors and actresses who have made a complete career out of spectacular films.  But Bridges has always been top of my list, and so far no one has bumped him off, so I guess he can stand as champion.  His range is phenomenal, his longevity a miracle, and I can’t think of any name that makes me more excited to see a film.  I watched American Heart because he was on the poster, and, what’s more, he had a pony tail.  Can’t pass that up, not when they threw in a mustache for good measure, and not when I was absolutely sure he’d blow any role out of the water, regardless of how 90s it absolutely was.

When Jack is released from prison, he’s met by his son Nick, a boy with nowhere to go who simply longs for his father.  Jack can’t have a kid hanging around though; he’s got no money, no job, no future, and his only prospects are more robberies, something he wants to steer clear of if at all possible.  But Nick isn’t going away, and the two will have to find some way to work together.  Jack meets a pen pal he fell in love with while in jail, Nick meets a young girl with a equally screwed up family life, and both men attempt to live & love in the best way they know how.  Life doesn’t give you many second chances, and so you’d better take full advantage of them when they come your way.

Bridges is excellent once again as a scruffy ex-con living in Seattle, trying & failing to raise a son, keeping his head above water by swimming as fervently as he can.  I don’t know a better actor, a better emotionally driven professional, a stronger candidate for the fictional Thespian Hall of Fame.  Bridges just has the magic, something about which the rest of us can only dream.  Furlong, not so much, and while he had a good run with T2 and AHX, he’s simply not that great.  He did OK for most of the film, but failed at the end when it mattered most, leaving Bridges out to dry.  The movie is ultimately only mediocre, a 90s time capsule flick, a father/son gut-wrencher, but not something I feel the need to recommend.