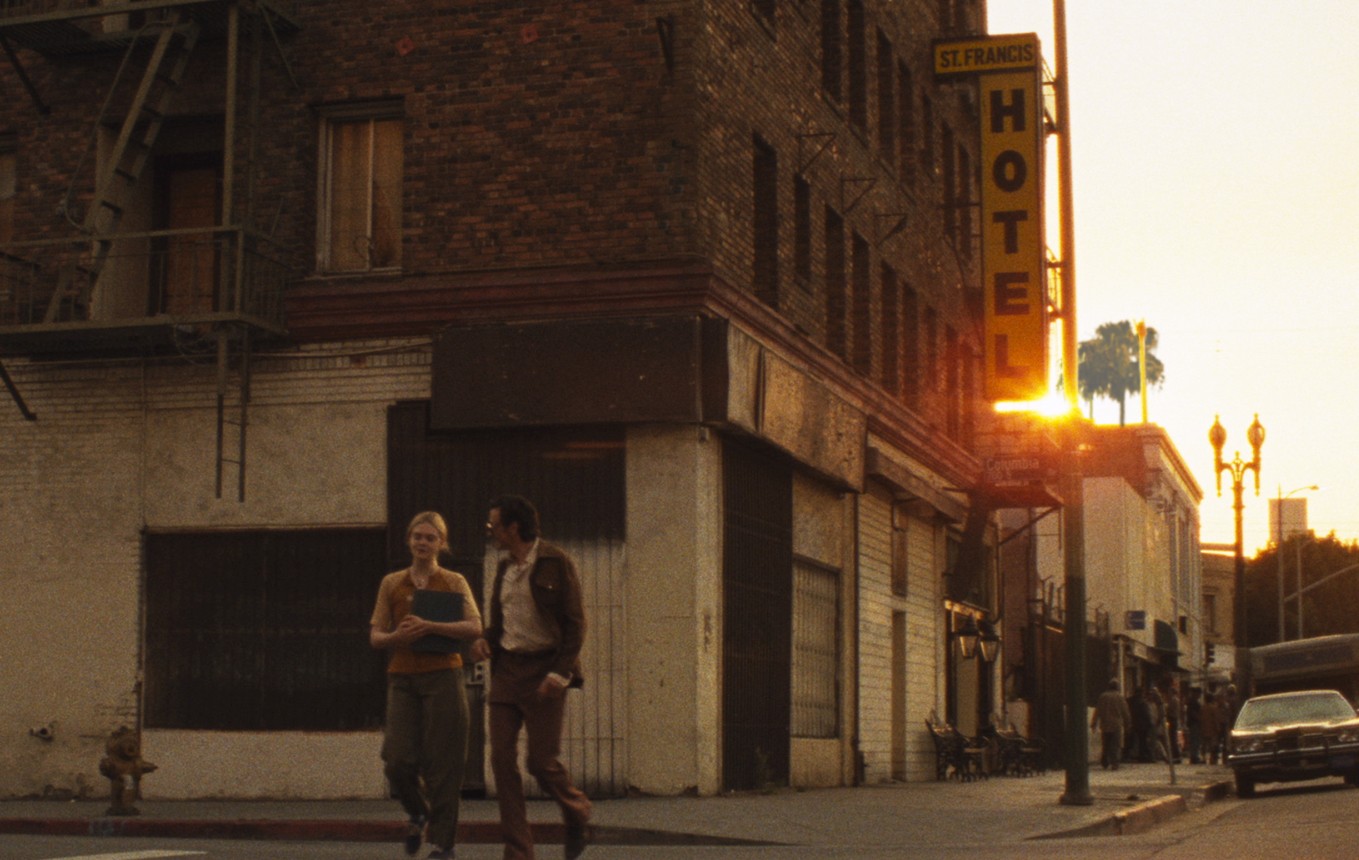 So.  Jazz.  It’s an art form that I’ve never understood, never appreciated, and never really listened to.  It just bores me, I guess, fails to grab my attention, doesn’t impress me past a grudging respect for the talent that I know is behind the music.  Perhaps the best of the best let the sound speak for itself, let it grab us no matter what style we normally enjoy.  And in that vein, I can listen to a bit of jazz, enjoy the quality, and then move on with my day.  Perhaps the same goes for jazz movies, apart from Whiplash, which could have featured any kind of music and still blow my socks off.  No, movies like Low Down may be more the norm, stories that are as disjointed as the music they tell about and the lives that they represent.  It’d better be one hell of a film if it wants to gather a large audience, and you’re not going to find that here. This is the true story of the jazz pianist Joe Albany, his daughter, and his addiction to drugs.  Joe is a great talent, one cool cat, and a friend to all.  But he’s far from perfect.  He can’t stay clean, can’t keep away from the friends that continually drag him down, and can’t seem to keep himself out of jail.  Every time he gets ahead, the drug scene pulls him back, back to the life of an addict, back to the world of avoiding your parole officer and disappointing your daughter.  Joe lies every day just to get by; lies to his family about where he goes, lies to the cops to keep himself out of prison, lies to himself each time he swears to change.  And this terribly unbalanced lifestyle effects not only himself, but his daughter, possibly the only person who loves him unconditionally.

Amy may be the daughter of a local legend, a tremendous talent, but also of a man who can’t keep it together long enough to pay for groceries.  We see his downward spiral through her eyes, her pain played out in his irresponsible actions.  Amy wants her dad to be her hero, to be the friend that she so desperately desires.  And while she slogs through school and switches from living at her own apartment and her grandmothers multiple times, she attempts to have a normal life while her abnormally talented & troubled father swirls around her like a thunderstorm.  Eventually, she will have to grow up, realize the truth behind her father’s frequent stories, and become a women without the help of anyone; not Joe, not her mother, and not the jazz scene.  This is the true story of growing up beneath the umbrella of an artist, someone whose own life demands more attention than he can give, leaving nothing for anyone else.

Maybe you like jazz and you like a story that you’ve got to work to find its groove.  And I can’t say the music style & the film style always go hand in hand; I understand that good movies can be made about jazz and bad movies can be made about our favorite subjects.  But I can’t help relate a music I don’t like with a film that I ultimately felt the same way about.  It was a slow-moving story that made me feel as if I was the one on drugs, dragging my feet and ignoring emotions throughout the vast majority.  Every scene seemed to end just as it was beginning, with more weight given to scenes that seemed to have no point whatsoever.  The director obviously chose a style that he enjoyed, ran with it, and hoped others would jump on board.  Credit to him for sticking to his guns, I just didn’t become a fan.  The color palette used for the film was hard to watch, the music was not my thing, the editing made it difficult to get in a rhythm, and I often found myself caught up in wondering how we were supposed to believe that Elle Fanning was the love child of John Hawkes & Lena Headey.

Which brings me to the acting, which was actually pretty great.  Fanning was believable, emotional, probably the best I’ve ever seen her, and if you want more don’t worry, she’s in like 19 movies next year.  Hawkes was also very strong, playing Albany with heart, with pain, and always on his A-game.  And the cameos were actually pretty impressive.  Headey as Amy’s mom, Glenn Close as her grandmother, Peter Dinklage as the odd man who lives in a crack in the wall, Flea as Joe’s best friend.  It was an interesting cast, a mess of characters and intersecting lives that had a great Hollywood feel.  So the acting wasn’t the problem, the story was told well, the style just didn’t sit well with me.  The plot was real, heavy, unapologetic, but hard to enjoy.  Again, a little like jazz, and I think you’d better have fairly exact taste for this film to grab you the way it intends to do.

Video – With an aspect ratio of 2.35:1 Widescreen, the video quality should be better than it actually looks.  The film was shot using an Arriflex 416 camera with Hawk V-Lite 16 1.3x lenses.  It has the feel of an old movie, of a 70s project, and I guess never tries to be a picture-perfect modern film.  But I never really appreciated the unclear cinematography as a part of the authenticity of the story, it just seemed like poor video, even if it was intentional.  The hardware was there to produce something more dazzling; I guess that’s not what the filmmakers were going for.

Audio – The DVD was done in Dolby Digital, with a choice between Stereo and 5.1.  The language of the film is English, and there’s an option for English subtitles for the hearing impaired.  Also, the film can be played with feature length audio commentary with director Jeff Preiss, composer Ohad Talmor, and film critic Ed Halter.  The sound quality of the film was as good as an old record; classic, full, sketchy at times, but also pleasing to the ear, affording that you enjoy a bit of jazz.

Extras – In the Extra Features menu you can also access the audio commentary, watch a Behind The Scenes featurette that runs for 20 minutes, check out an Interview/Q&A with Amy-Jo Albany and Flea which runs for 10 minutes, or watch the theatrical trailer for the film.  Also, there are a few trailers from Oscilloscope: Scott Walker: 30 Century Man, The Exploding Girl, We Need To Talk About Kevin, Mother of George.

Skip It.  I’ve never had an Oscilloscope disc that had any extras on it.  I mention this because, if you’ve ever seen their cases, it seems like they’re advertising much more than you actually get.  The box is big, it unfolds, has pictures inside, and seems to promise something special.  Low Down finally had some special features, and I felt like the special case fit the film.  It was like a collector’s record, with a nice sleeve talking about the artists & their tracks, something you can keep forever along with the music.  So, there you go, do you like collecting vinyl?  Do you like jazz?  Do you like slow stories about addicts and their families?  Perhaps a few of you do, and if so you’ll be treated to some fine acting as well.  This movie just wasn’t for me, I couldn’t make myself like it, and that’s the bottom line.  The video was OK, the audio better, and there were a couple extras on the disc.  Overall, a movie I didn’t love, but not something I hated enough to warn everyone away from.