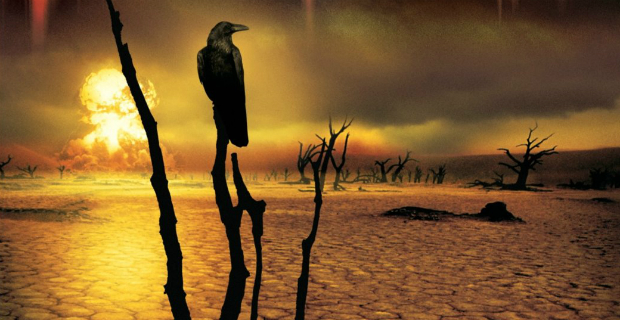 I’ve said it before but I’ll say it one more time; Stephen King is my favorite author, and I will defend that seemingly unexciting choice by protesting once again that he’s a master of layers, of writing horror for the masses that contains depths for the discerning, which is why the guy is a genius.  There, I’m done, moving on, but it needed said; he’s so much more than simple scares, he’s got real talent that buries itself deep and demands that you work to truly appreciate it, and that’s something I’ve obsessively enjoyed doing over the years.  The Stand was one of the first King books I read, after coveting it on my dad’s shelf before I was old enough, finally getting my hands on it and falling completely in love.

It began with a malfunction at a military base, and ended with the destruction of modern society.  A virus created in an underground lab somehow found its way out, and immediately began spreading across the United States, killing more than 99% of the population, and most likely spreading across the globe as well.  The result is isolated pockets of people in small groups surviving as they can, coalescing to share their stories, and to talk about their dreams.  It seems that good and evil have begun a battle for the soul of the planet, an old black woman calling the righteous to her in Nebraska, an evil smiling man calling the black of heart to Las Vegas.  The line in the sand has been drawn, sides have been chosen, and a battle will be waged for the future of mankind, as a small band of heroes head west across the Rockies to face, if not the Devil, his chosen prophet.

This time around I read the extended edition, which I wouldn’t recommend, because writers have editors for a reason.  It’s true, and the same goes for directors; editors have a huge impact on art, and it is usually their hand that perfects the beautiful.  Without a good edit, so much wonderful content would be bloated beyond recognition, and even though that’s not exactly the case here, I think it’s apparent that King’s book needed a little trimming.  So read the regular cut, and enjoy one of the best epic tales ever written.  Good vs evil, man vs annihilation, the very soul of each human on the edge between hope and hell; powerful stuff.  And the characters are so great: Stu & Frannie, Nick & Tom, Larry & Glen, Harold & Lloyd.  They each are given their time, among so many others, nothing is sped through, you literally live among the plague and make choices along with the rest of the survivors, and by the end you feel like you’re walked every mile with those who sacrifice themselves for the fate of man.  I even like The Stand miniseries, it’s solid, if dated and little too clean, and it’s pretty incredible to think that this was only King’s fifth book, that his whole career was ahead of him, but that he might have already written his most important work.