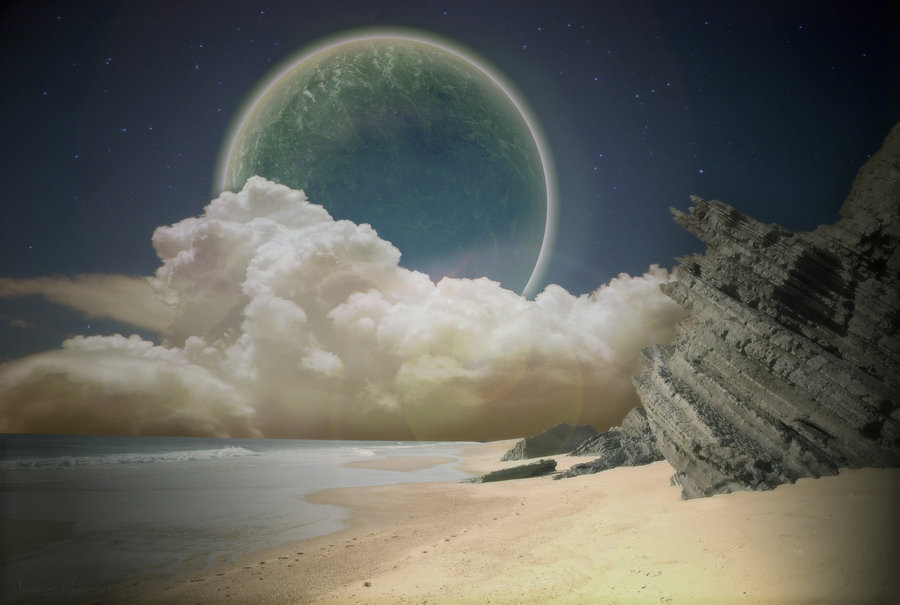 Arthur C. Clarke, Robert Heinlein, & Isaac Asimov are considered the “Big Three” of science fiction.  Asimov is my most-read sci-fi author and probably the most recognizable name.  I Robot, the Foundation series, Fantastic Voyage, Bicentennial Man, Robot Dreams, Robot Visions; he was the master of robotic fiction and a man who understood the future of AI & technology more than anyone of his time.  Robert Heinlein may be best known for writing Starship Troopers, the movie version being a cult classic favorite, but he is also famous for the award-winning Stranger in a Strange Land.  Arthur C. Clarke’s claim to fame is in writing 2001: A Space Odyssey, which of course would later become one of the most talked-about films of all time.  The Songs of Distant Earth was my first chance to read Clarke, and if his other novels are anything like this one, it won’t be my last.

On the planet of Thalassa, roughly two thousand years in the future, a small global population of humans thrive in what could be considered paradise; oceans covering the majority of the planet’s surface, a high average temperature, plentiful food, an island nation made up of individuals who don’t believe in monogamy, religion, or hard work.  But this idyllic existence is about to be shattered.  The Thalassans know that they are a people born of a genetic seed starship sent from Earth in the time just before the death of the Sun.  They stopped attempting communications with other such groups long ago, happy to live out the time of their species in peace.  But a spaceship has just entered their atmosphere, a rocket full of human cargo; sleeping Earthlings, thousands of years old, the last to escape a dying planet after all hope for survival was lost.  Now these two groups from two very different times & places must learn to coexist, learn from each other, and adapt, for their worlds have been changed forever.

If there’s such a thing as relaxing sci-fi, this is it.  I don’t mean to say that nothing happens, far from it, but the setting of the story and the way in which it is told creates a sense of relaxation and enjoyable reading that authors all around the world can only dream of.  Clarke sets up a story that is at once extremely technical and easy to understand, presenting the theoretical science while allowing for the details to be a backdrop to the inherent drama of the situation.  If you’ve ever read On the Beach you’ll know the feeling that I’m talking about; an intense situation given a laid-back vibe that creates an ease in reading.  More Clarke is now on the docket; I want to see what else he can do and where else he can take me.

This sounds awesome. I am adding it to my list.