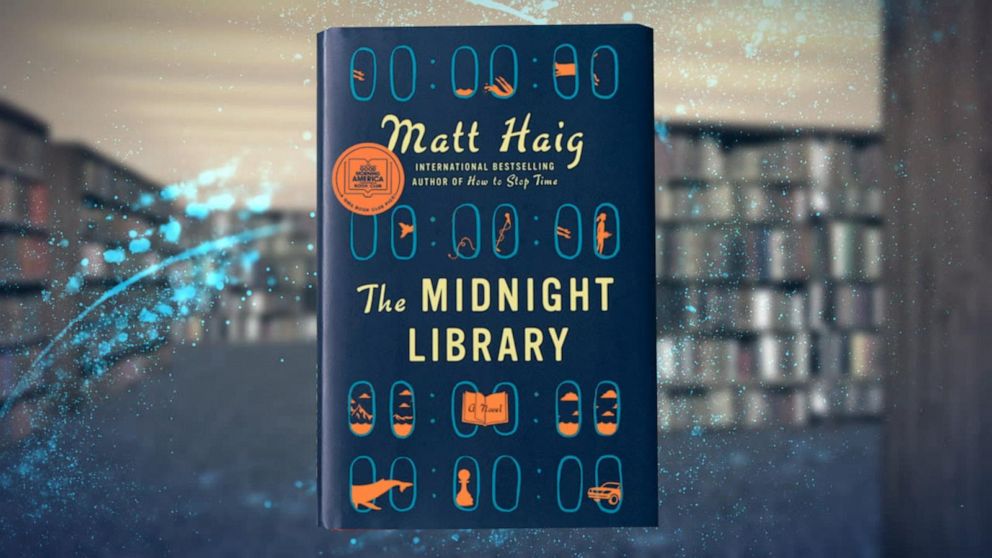 I don’t read many modern novels, preferring classics to trends, old sci-fi to new releases, even re-reads to trying new things.  That’s often a negative, I’m sure, not giving recent authors a chance, it just feels to me that there is so much I missed, so much I need to go backwards to read, and perhaps that great art has been exhausted somehow; “no new idea under the sun”, as it were.  I did try Midnight Library though, why not, I did give it a fair chance; it’s just unfortunate that it’s only fairly good.

Nora Seed is preparing to kill herself, because she literally has nothing to live for.  Full of promise in her youth, it seems that every decision and step has led her down a path of loneliness and misery; she didn’t continue swimming, she didn’t follow music, she didn’t move away, she hasn’t kept in touch with friends, her life has now lost all of the hope her younger self had.  So, she dies, but that’s not the end; there’s a waiting room on the other side, taking the shape of a library for Nora, where she can test out the other lives she might have lived, be the people she might have been, to see if those lives are actually worth living.

Midnight Library is very short, very simple, and has one message to deliver, which is does just fine.  The problem is, Haig is talking to himself, giving himself some encouragement, with a moral that’s been sold a thousand times, and often much better.  It feels like he simply wrote, all in one night, poured his thoughts into a book, and failed to notice the hundred cliches and oft-used pieces, writing only to expunge, not to create.  This isn’t a strong novel, it’s an interesting talking point, and there are much better books begging to be read.