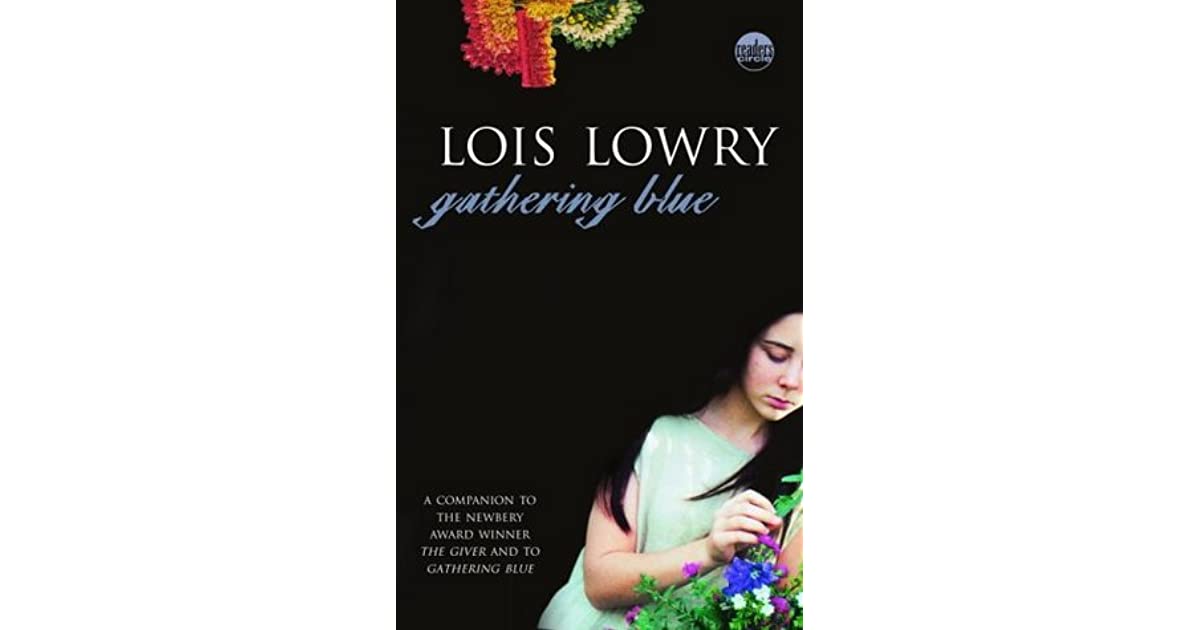 Set in the same universe as The Giver, Gathering Blue is Lowry’s second book in the quartet, though The Giver is by far her most popular (and probably her best) in the series.  They are only loosely tied together, both taking place in a war-torn post-apocalypse that has moved on to new society, though in different ways.  It’s a cool story, one that takes its time developing, and rewards its readers with both appeasing answers and continuing mystery.  Gathering Blue might not be The Giver, but it has power all its own, as well as something to say.

Kira is an orphan with a talent, but her life is in jeopardy.  Her father died before she was yet born, her mother recently died of an illness, and now Kira is on her own, which could mean that the village will discard her as unneeded.  She doesn’t contribute much to the community on accord of a deformed leg, a defect that almost had her cast aside as a newborn.  But now, strangely enough, the opposite happens; she is given housing and a special task by the village council, because her mother taught her to weave at a young age.  It’s more than that though, Kira is a natural artist, and her threads seem to come to life under her fingers, creating beauty where once there were only random colors.  But her artistry, and that belonging to other young people, is being drained from her as she begins more mundane tasks for the village; is this part of a sinister plan or is this simply the price for survival?

Gathering Blue starts out intriguingly, slows way down, and then ends by tying up a lot of loose ends, most of which you could have seen coming if you were paying attention.  Or, since this book and its companions are aimed at younger audiences, if you’re an older reader; try to read with a mind toward your more impressionable days.  But even if the twists don’t surprise, there is still a ton to enjoy from this curious novel.  It’s part of The Giver very slightly, asks some similar questions, but takes s different angle; what if art wasn’t respected, what if it was used, what if artists only used their talents for specific purposes, not for their own enjoyment or our enlightenment?  It’s a fascinating read, introduces great characters (the third book actually focuses on one in particular), and is worth your time.  I read it to my daughter and we talked a lot about it along the way; I think that’s the way to do it, because I’m not sure how it would come across to an adult reading it on their own.  Either way, there is strength here, and Lowry knows her stuff.