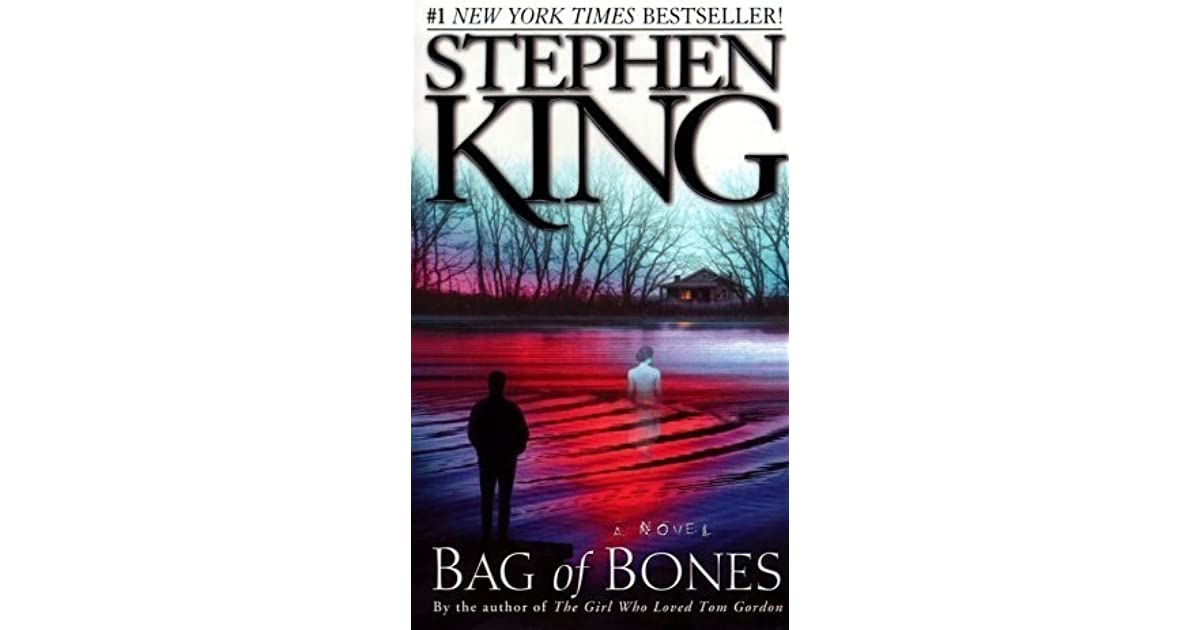 As I continue my foray into the remaining King books I have not yet read, I come to Bag of Bones, which is the definition of a King book for thriller fans, not a thrilling book for King fans.  It’s paperback, beach day, cheap rack fodder, a ghost story with chills for the masses, not a spectacular underlying commentary hidden within the folds of horror like so many of his (better) others.  Bag of Bones is an entertaining read, a book anyone can pick up, which makes me feel snobby and elitist because I see through that and I judge it (semi)harshly accordingly.

Mike Noonan is a moderately famous author, a perennial best seller, but not a world-changing author.  He lives comfortably with his wife, he has a summer home on the lake, his life is easy, and he doesn’t ask for more; pretty perfect.  Until, that is, the day his wife dies and his well of inspiration immediately dries up.  Now he can’t create, gets sick if he tries, and is suspiciously pulled to his lake house, where he can mysteriously form words again, but almost at the insistence of a ghost in the home who he feels is his late wife.  At the same time, a young woman & her daughter are in trouble, and their fate is somehow connected to his; to his writing, to his marriage, and to the spirits who haunt him & demand justice.

It’s a ghost story, and that’s just not my thing.  It’s King at his most cheap, his easiest to read, his placation to the public, and that’s just not something that I’m on board with.  I’m a super fan, I know better, and I know what he can do better; this ain’t it.  It’s still fun, it’s still entertaining, I liked pieces because, hey, the man’s a genius.  But I can’t say that Bag of Bones is one of his stronger novels, because it’s far from it.  What it does do well is paint an author from an author’s prospective, and that’s cool, and it summarizes middle age rather well too, the loneliness & the heartache.  But this simply isn’t an amazing book, if what you want from King is horror on the outside, metaphor within; Bag of Bones is more for the public than for the discerning.