Book Review – From a Buick 8 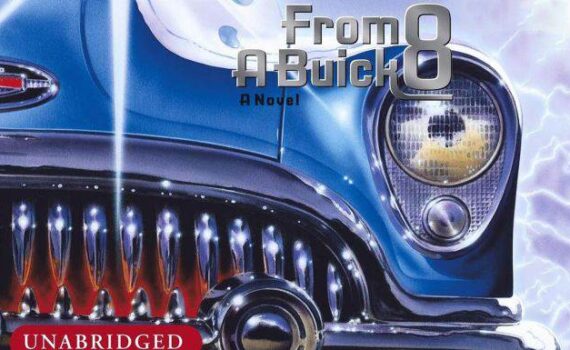 Book Review – From a Buick 8

Although From A Buick 8 might not be King’s very best work, it is definitely his most identifiable; if someone were to ask me what this dude’s writing style was, what his voice sounds like, I would point them to this bizarre novel.  It’s plot is strange, perhaps not very relatable, but the talent within the writing itself is undeniable, and all Stephen King.  It’s his version of storytelling on display in a grand way, like sitting down with the man himself and watching him spin some webs.  Again, maybe the plot isn’t the all-time best, but there are pieces of this book (mainly the format, the delivery, the pace, the life within it) that are.

Ned has recently lost his father, near the eve of his own growing up, in Pennsylvania as a typical, teenage guy; football now, college on the horizon, ain’t life grand.  But his father dies in a traffic accident while working as a State Trooper, and Ned latches of to the Troop like a group that represents his dad, instead of sprouting his own wings and flying toward his own life.  And because of this close tie to a tight-knit brotherhood, Ned is about to be let in on a little secret, the truth behind why there’s an old, immaculate, classic car just sitting in a shed beside the station, a secret that will suck him right in & swallow him right down.

This is a bit of a weird story, since it’s much more Mist & Christine than Cujo & Carrie; basically it’s not horror, and never tries to be, it’s more a part of Dark Tower lore and all that involves.  That doesn’t mean it isn’t creepy, it sure it, and that doesn’t mean it’s not exciting, it sure raises pulses.  But it’s more other-worldly & cross-universal, like some of King’s deeper dives, not like most of his popular stuff.  Still, Buick 8 has a tale to tell, and like I said before, that telling is masterful.  Never has King given more of his own style, relying on nothing else, than with this novel.  This is how he speaks, this is his voice, this is what you should expect every time, with the details changed to adapt to whatever nightmare he concocts next.  It’s almost like he was unburdened by, for example, a ghost story that his publishers wanted him to write, but rather set free to tell a weird story with details that kinda didn’t matter, focusing on the language and the feel more than the action and events.  Perhaps just for big King fans, Buick 8 is nonetheless a spectacular work.