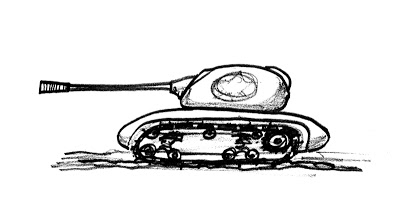 Collected & published posthumously, Armageddon in Retrospect is a gathering of short stories that Vonnegut didn’t choose to or didn’t have the time to craft into complete novels.  He has dabbled in short story collections before, but they aren’t his strong suit, writing one-theme, multi-character stories with much more ease & finesse.  Vonnegut is one of America’s greatest authors, the creator of worlds that reflect our own with painful accuracy and cutting critique.  He’s one of my personal favorites, and so it was nice to read a bit more from his mind, even after his death.  And while this won’t go down as his greatest accomplishment, selected & put together by his son anyway, Armageddon is still full of fascinating metaphor and that patented Vonnegut bleakness.

His imprisonment in a German POW camp during WWII impacted Vonnegut’s life like no other event.  He saw the war from the other side, saw cruelty from a different perspective, and was stripped of any honor as a soldier by missing out on the “glory”.  His experience in Dresden during the historic firebombing there would taint his faith in humanity and spark the themes of many of his books, including this collective, a group of stories about the horrors of war.  A soldier flung across time into a warzone he doesn’t understand, prisoners obsessed with the food back home, the spoils of war waiting for greedy serviceman, the revenge of the occupied cities, the scientific search for the Devil in all of us; it was once said that war is hell, and Vonnegut proves it here.

A bit darker than his other stories, Armageddon is a collection of depressed soldiers, war crimes, and the inability to understand the point.  It’s a very personal collection, a group of tales that Vonnegut never shared with the world, some perhaps because they weren’t strong enough, some perhaps because they bit too hard.  His experience in Dresden burns bright here, as does his bitter take on war and its perpetrators.  Be prepared for a heavy does of immorality & pointlessness, as Vonnegut lays down the heavy with each tale.  I can’t recommend this book to first-timers; I’d be afraid they’d turn away.  But for those who understand his style & love his work, this is just a deeper look into the genius of a mind that understands humanity too well.