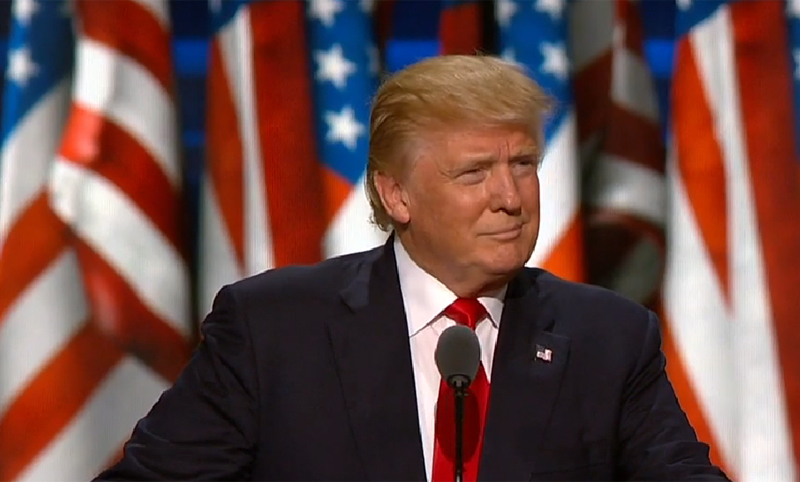 I truly hope that President Trump is very different from Nominee Trump, that much of what he said on the campaign trail and the way in which he so flippantly insulted so many was just something to rile the crowds, was just over-the-top, doesn’t necessarily represent the kind of leader he will be.

But I refuse to forget his insults, his accusations, and his lies.  Republicans want us to stop whining, to support a fairly elected President, to come together to make America great again? Fuck that.  We aren’t going to forget what happened along the way.

And this is just a sampling, just a few clips from a long line of abuse directed at so many.  This doesn’t even begin to approach the laws that might come into effect under a Trump presidency, or the laws that might be overturned.  Our health insurance deleted, marriage equality removed, Planned Parenthood scrapped, Muslim neighborhoods policed, Mexican families split apart, and an entire government laid at the feet of one party with barely a check.

I for one will not be quiet, admit defeat, and give my support to a man who I have no respect for.  I will show him the same courtesy he showed to so many along the way in order to win, whether or not he attempts to backtrack, change course, wave a Pride flag, and take anti-Muslim talking points off his website.

Too many Democrats & Independents stayed home this election; not me.  Too many Republicans were duped by this man; not me.  And too many people are now calling for us all to stand together, solve problems together, and move on as a country, but I won’t do that.  I can’t forget so quickly what Donald Trump represents, how his supporters feel about those who are different from them, and the enormous step back we will now be taking from the ultimate goal of equal rights & treatment for all.

This person does not represent me, he is not my voice, and no matter how he swivels, I won’t forget this last year.