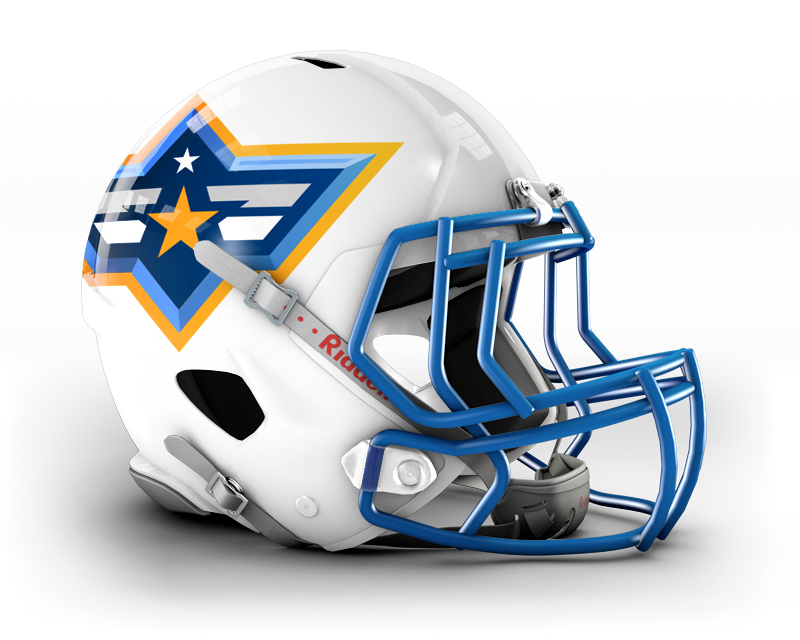 Any Madden NFL fan has made a few fantasy franchises, complete with uniforms and stadiums and personally-selected lineups.  Living in Columbus, OH, I’ve often thought about the possibility of my city hosting an NFL team, or perhaps the Bengals or the Browns switching locations and changing their name.  Because of our history in aviation and our moniker as the Birthplace of Aviation Engineers, I think the Columbus Flight is an appropriate name.  Humorously enough, there was a proposed team called the Columbus Flight in a proposed league called the North American Football League, which turned out to be a fraud and never left the ground.  That’s where I got the logo you see above, and it’s pretty cool, so I borrowed it to create my own new franchise, right here in my city.  If I could choose the best free agent at some of the major positions, my team would be pretty damn good, and it would look something like this: