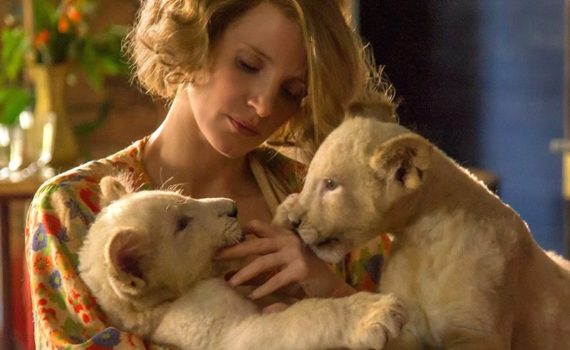 Bold prediction; this movie is going to bomb.  I just reviewed Denial, which is a Holocaust remembrance tale, and Hollywood loves to pull those out of their collective pocket because we just can’t get past that time, can’t wrap our brains around the fact that humans are capable of such evil.  But I think they went too far with The Zookeeper’s Wife, a film that will have nothing but our sympathies in its favor.  Jessica Chastain is, simple, a bad actress.  I have no idea how she got to be so huge, but she is not talented, and I hope others see that after watching her in this film, something in which I almost guarantee her complete failure.