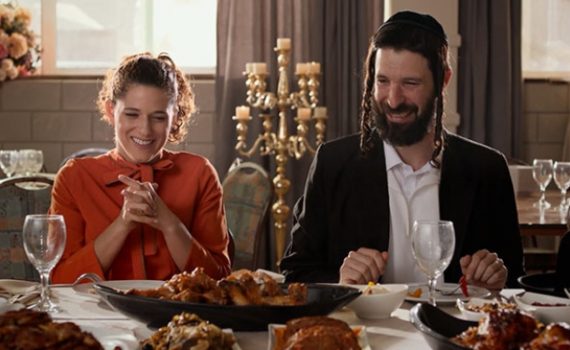 I didn’t know that this was an Israeli rom/com.  Finding that out was a bit of a shocker; I guess I just assumed it was an American movie, another in a long line of throwaway cheeseballs.  But, surprise, it’s a Jewish cheeseball instead, which does not help the quality at all, apparently.  I actually really liked Fill the Void, Burshtein’s only other film, but it was a drama, not a comedy, and I think that will make all the difference.