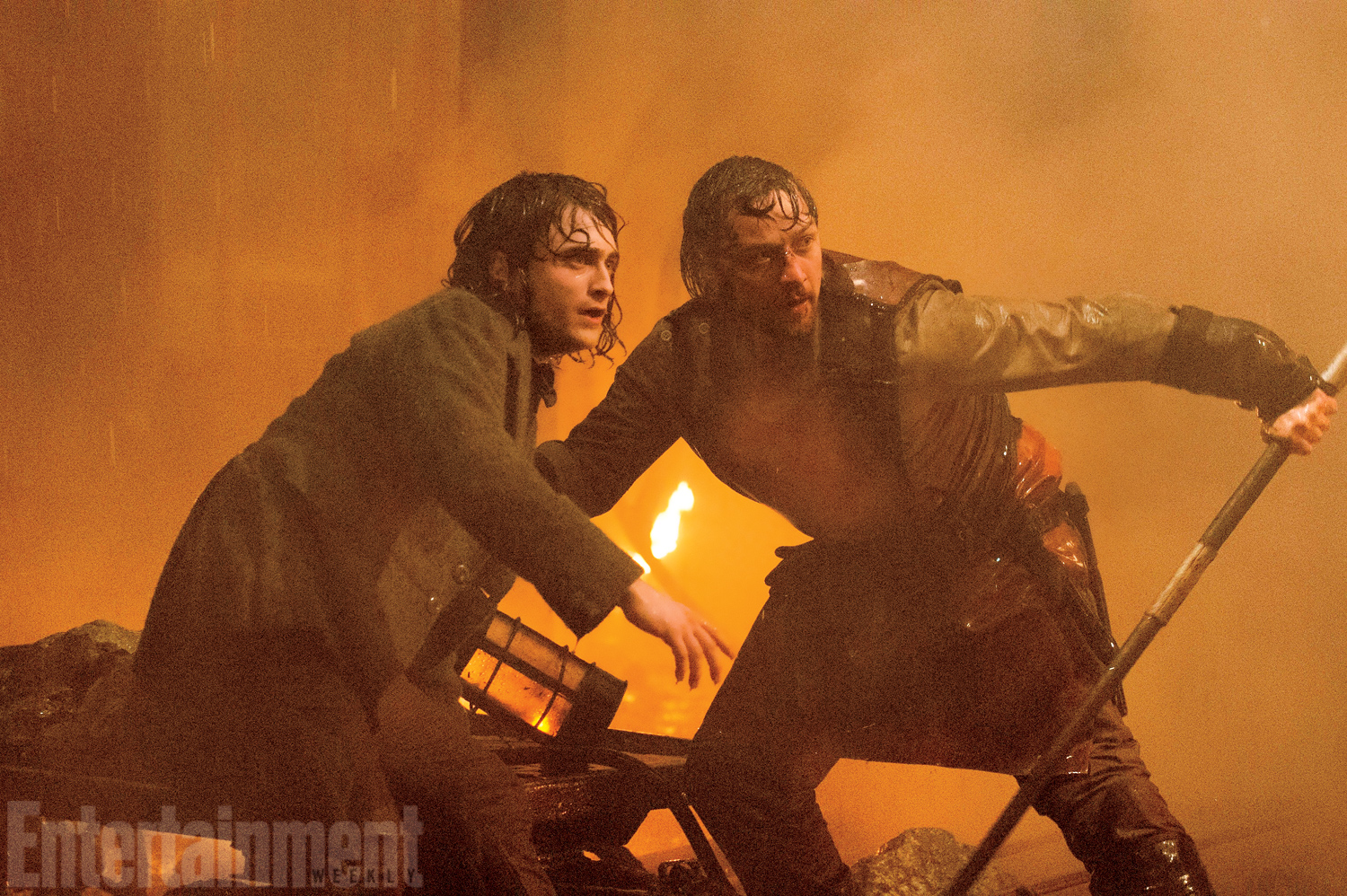 Did these guys get paid a TON of money to do this movie or were they blackmailed?  Because it looks awful.  It looks like a carbon copy of Sherlock Holmes, which I know audiences ate up but totally turned a great story into a Hollywood ripoff.  I love McAvoy, like Radcliffe, but don’t see this odd action flick becoming anything more than just another money-maker.