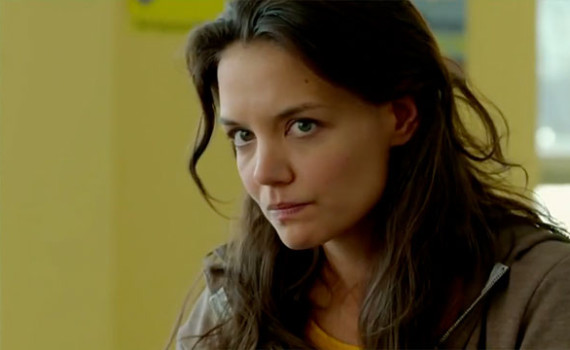 I might be slightly intrigued by this film if it weren’t for my complete certainty that it will end up being something an angsty 15-year-old could have written.  The poets, the hospitals, the shotguns, the pills, the sheets, the waterfalls; what is this?  That’s crappy stuff, unrealistic stuff, stuff we’ve seen done over & over again, stuff that just makes you look like an amateur with zero seasoning.  And they made a big mistake casting Katie Holmes here; we already all think she’s crazy anyway.  And lastly, what’s up with this guy Luke Kirby, first Take this Waltz and now this; does he only do movies with former cast members of Dawson’s Creek?