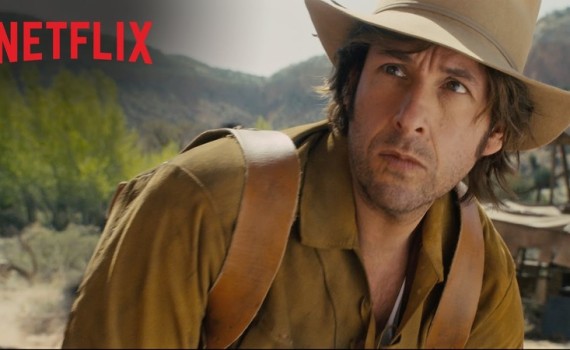 Netflix is pumping out big pictures; we’re seeing the future of what once used to be simply a DVD-to-your-house company.  So, good for them.  Now, I liked Beasts of No Nation, which was also Netflix, and I enjoyed A Million Ways to Die in the West, which looks to have a similar vibe.  But I don’t love Adam Sandler movies.  I had hoped that this would just be Adam Sandler in a movie, but no, Frank Coraci was the director in charge of The Waterboy, Click, Zookeeper, and Blended.  Not good.  And I like cameos as much as the next person, but this is ridiculous (no pun intended): Steve Buscemi, Norm MacDonald, Danny Trejo, Nick Nolte, David Spade, Chris Parnell, John Turturro, Jorge Garcia, Nick Swardson, Jon Lovitz, Vanilla Ice, Blake Shelton, Blake Clark, Lavell Crawford, Dan Patrick.  Whoa.