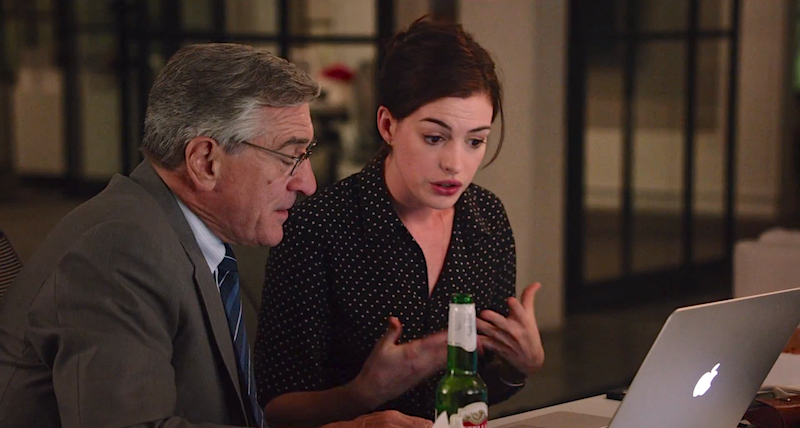 I’m not someone who hates Anne Hathaway, in fact she was on my List until she cut her hair short for Les Mis.  But apart from being beautiful, she’s one hell of an actress.  I know she can be a little high school drama queen-ish, and when she does interviews she doesn’t come across very …normal …but she’s got talent & looks & smarts.  And Robert DeNiro, his prowess is beyond question, even at the end of his career.  But I don’t really trust Nancy Myers.  She directed What Women Want, Something’s Gotta Give, The Holiday, and It’s Complicated.  Those are movies written for my mom, not for me, and I don’t think a little added youth is going to make this film that much different.