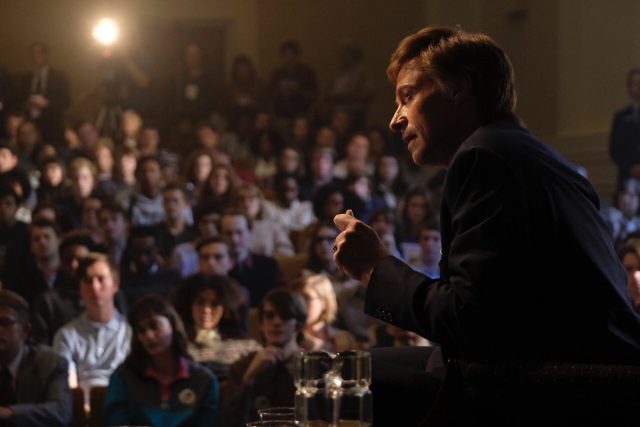 A) I dislike this song, I think it’s featured in movies too often, and it’s just a really sloppy choice.  2) I know I’m going to dislike how I feel after watching a movie about a candidate’s campaign imploding because of an affair when we have a sitting President who could not be more disgusting on that front, yet his “moral party” base couldn’t give two shits.  Howard Dean says “Woooo!” and he’s out, but Trump fucks porn stars, cheats on his pregnant wife, illegally pays women for their silence, and he’s taking golf trips on the taxpayer dime.  You see, I’m all riled up already and I haven’t even seen the film.  I just know how I’ll feel after this, and anyway, this acting trio is fine but feels like simply choosing from a list, instead of finding real talent to fit the part.  I’ll watch because I think it’ll get some Oscar buzz, but you can’t make me enjoy it.