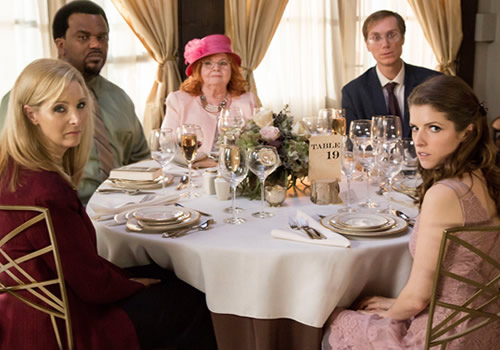 At least Anna Kendrick has chosen a slightly better movie for herself than her last dozen films, so there’s that.  And there’s some talent at this table, enough to perhaps overcome the cheese of the situation.  But I don’t think I’d bet money on the story holding out until the sappy ending, I think it falters far before that.  Blitz is a TV director, and this feels like an episode of Friends or The Office, and not just because of the double-dipping actors in it.