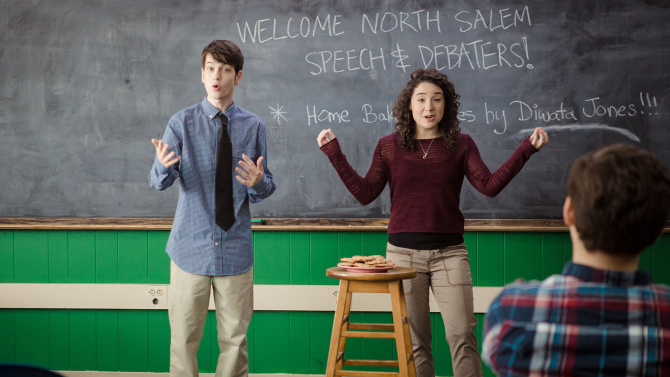 I liked The Way, Way Back, but this movie looks far sillier, much less impactful.  It’s like Glee meets Hamlet 2, but without the music, and not in any good way I can think of.  Everyone involved is an amateur, Lin-Manuel Miranda pops up, and I predict that the film will jump the shark early, never to look back.