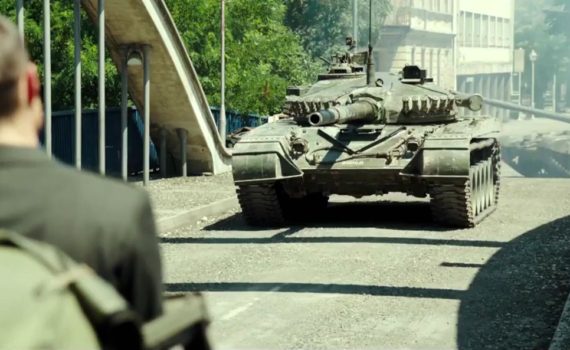 This is very far from my normal style of film, the Expendables-type shoot-em-up action flicks where explosions occur more than scene changes.  But there’s something about this one that I almost want to see.  Maybe it’s that J.K. lends some credibility to it, though I see that for the ploy it is.  Maybe it’s that there’s actually a hint of real backstory and context, instead of just a gang of assassins killing everyone.  I don’t know, but I might watch this in secret.