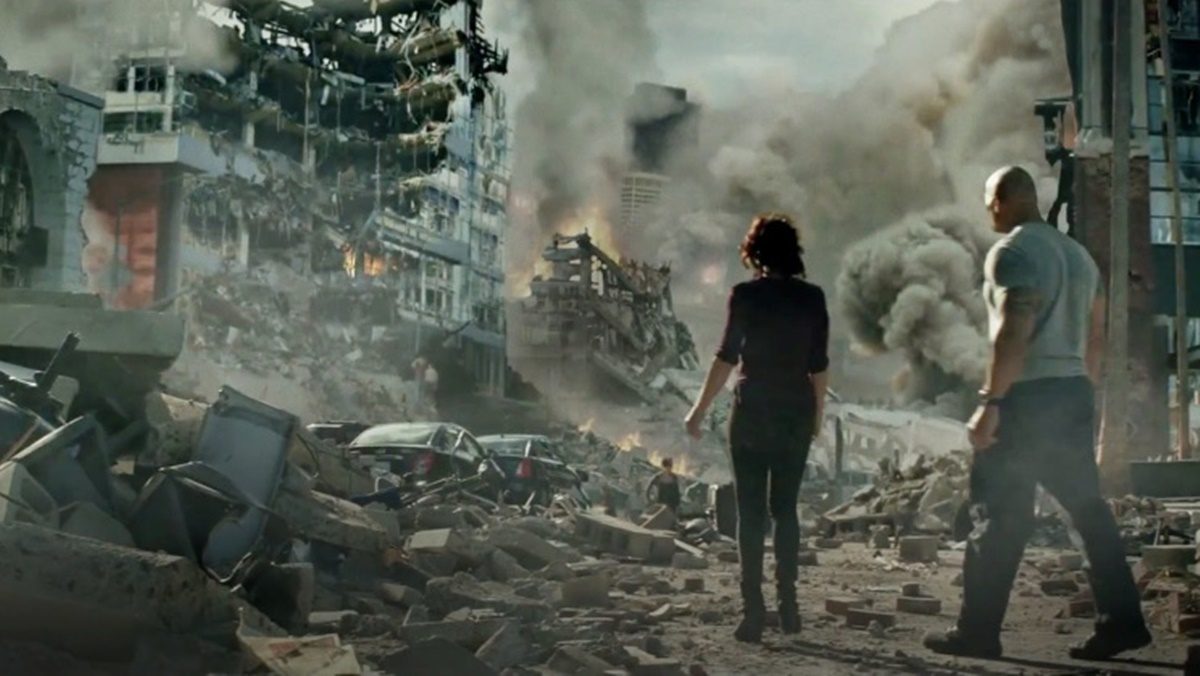 Screw you, I want to see this.  I can be wishy-washy on disaster movies; sometimes I’m right there eating the cheese, and sometimes it’s basically the worst movie ever.  But I guess that’s the genre, you have to buy in, because of course it’s bad, it’s whether or not you enjoy the awful, nonsensical chaos.  Rampage I’m ready to love, and I’ll tell you why; because of the video game.  I didn’t play it much at the arcade (my local one was called Tilt), and it’s not my favorite game to play at the barcade now that I’m grown, but boy did I ever rent this cartridge and waste away the hours destroying shit.  My sister and I would get it, play it, leave it on all night because you couldn’t save your progress, and then beat it in the morning.  The NES would be so hot you couldn’t touch it, but it was worth it.  I loved this game, and I’m ready to love this movie.  Now, I know it’ll probably suck, like San Andreas, and it looks like they just used the same exact footage, simply overlaying some CGI animals and stealing scenes from Kong: Skull Island.  But the Rock is still the Rock, he’s kinda made for this style, and I’m ready for him to take on a childhood favorite, especially alongside Harris who I think very highly of, and Morgan who is a great villain (you want to watch The Salvation, not Desierto).  Begin the rampage, I’m ready.