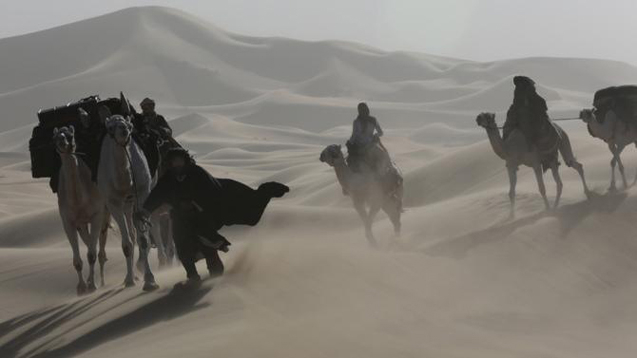 This looks absolutely terrible in every way.  Nicole Kidman attempting to be a brave Bedouin, Robert Pattinson wearing that ridiculous-looking hat, James Franco trying out an English accent; bad, bad, bad.  And then there’s the music, the cheesy dialogue, the dramatic trailer titles, the whole mood; just awful.  And I’ve already seen this movie done better; it was called Tracks.  Watch that instead, stay far away from this one.