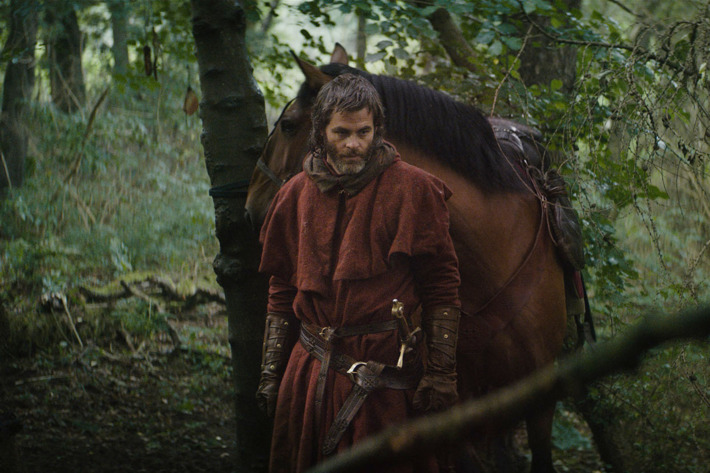 I’m confused; when they said “untold story” did they mean “Braveheart 2”?  Or, more specifically, “Braveheart: Retold from Robert’s Perspective”?  Because this looks like the same movie I’ve seen & loved before; Braveheart is one of the greatest epic films ever made.  It’s the same scenes even; the killing of the relatives, attacking smaller castles, rallying the Scotsman, the arrows, the spears, the English king.  Am I missing something?  I know that Braveheart wasn’t 100% historically accurate, but does this time around have anything new to offer other than a different main hero?  I love Chris Pine, he’s incredible, and I loved Hell or High Water, it was exceptional.  But I’m really confused as to why people are pretending that this exact story hasn’t already been told.  I think these events will happen immediately after the William Wallace events, so it’s basically a second open rebellion against England, but that doesn’t really change anything; we’ve still seen this before, this isn’t original cinema.