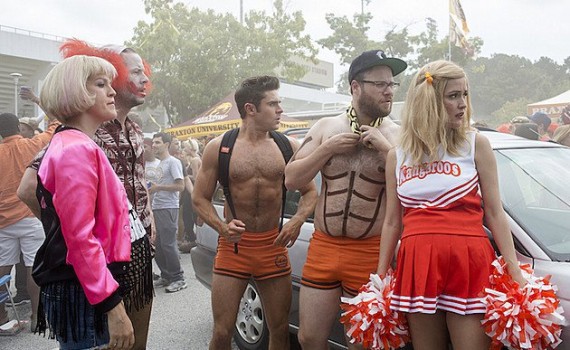 The first Neighbors was hilarious and I won’t judge you for thinking the same.  I would watch it again, in preparation for this one, and count myself lucky that someone is getting stupid, dirty, juvenile, masculine comedy correct.  And that’s just it, almost no one can get that genre right, producing terrible film after terrible film.  But the original was actually funny, pushed boundaries, didn’t apologize, and definitely deserved a sequel.