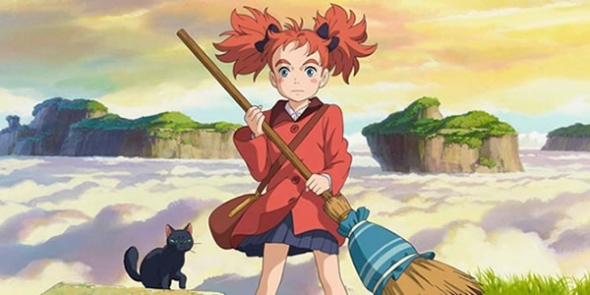 This is the studio that was formed by former animators for Studio Ghibli, and you can see the style perfectly, looks like nothing has changed.  And that’s a good thing, Ghibli is amazing, I don’t care if other studios steal the visuals from basically the best animation in the world, as long as their films are just as strong.  I want my kids to see this ASAP; I think it’s so important to share something other than Disney with them as they develop their tastes.