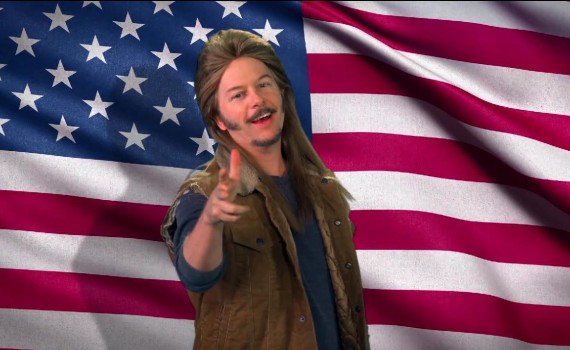 We know we shouldn’t trust the guy who wrote Grown Ups and directed The House Bunny.  We know Adam Sandler’s company only puts out the world’s worst movies.  And we know David Spade couldn’t act to save his life.  But we also love the original Joe Dirt, for no discernible reason, and we kinda want to see the sequel.  No worries, it’s not coming to theatres anyway, so you won’t have to be embarrassed while buying a ticket to go see it.  Borrow it from the library in nine months and watch it in secret; you know you want to.