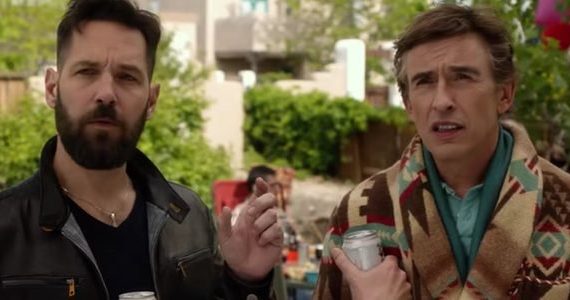 I want to like this film, because Paul Rudd looks epic, I love Steve Coogan, and I support mainstream movies that feature gay characters as leads, because not every story enacted in our world is heroically helmed by brawny heteros.  But I’m not sure if I can get past a few jokes that have already made their way into this project.  A giant stash of gay porn, really?  The tagline for your film is “These Dads Suck”, are you serious?  I was gonna write more, but I can’t get past that last one; These Dads Suck.  I see what you did there, these men aren’t ready to be fathers BUT ALSO they like penises because they’re homosexuals.  You know, I think that tipped the scale toward “no thanks”.