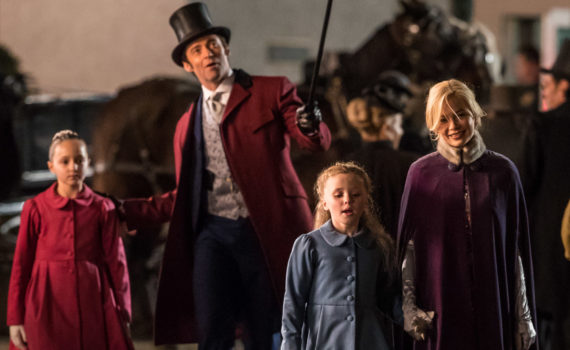 A bit Prestige, a bit La La Land, a bit Big Fish, a bit Moulin Rouge, but I predict not as good as any of those strong films.  Gracey has never directed a movie before, and amateurs often “borrow” heavily their first time out, which is completely understandable.  But I have a bad feeling that this film will be sold as the Oscar-winning musical of the year, but that its actual product will leave audiences asking for their money back.