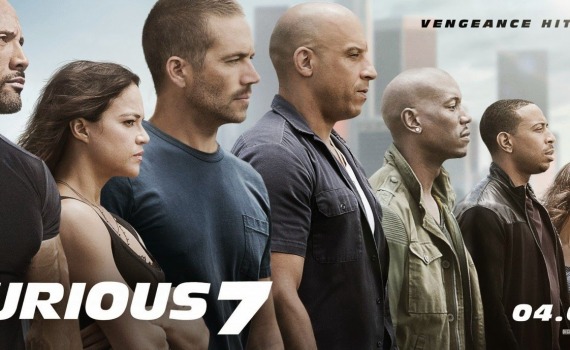 Really, seven?  This series lasted seven movies?  And it’s only ending (maybe ending) because Paul Walker died.  It’s really unbelievable and a little impressive that this story has lasted this long.  I’m not a fan, but I wonder if this one will actually be the best of them all.  I like all the side actors (Jason Statham, The Rock, Kurt Russell) and the trailer makes the movie look pretty cool.  Still dumb, but kinda cool.  I doubt I’ll see it, like I said it’s not my thing, but I won’t judge you if you do.

So this franchise keeps getting bigger and more explosive (if not better) with each movie. This is a definite must see for the boys in my family. They are going to love this trailer 🙂 Janelle http://www.janellefila.com

Tyler saw the trailer & I think was excited.