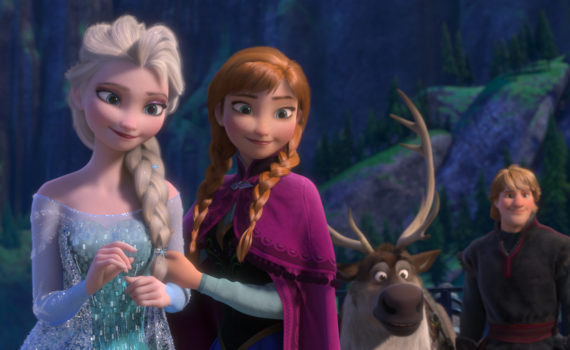 Not bad, not bad, though I have no idea what’s going on.  Maybe that’s for the best, maybe the less we know the more we’ll be expecting.  I just hope the 2nd is better than the 1st and they fix the obvious problems; all the songs in the first half, too much Olaf in the second, the whole Hans narrative where we had no reason to believe he was a villain because basically he wasn’t, even “off camera”, until they decided he was.  Anyway, my kids aren’t obsessed with this like some people’s are, they understand that Ghibli is just as good as Disney, so I’ll watch it with them and not count on my life being taken over or changed.