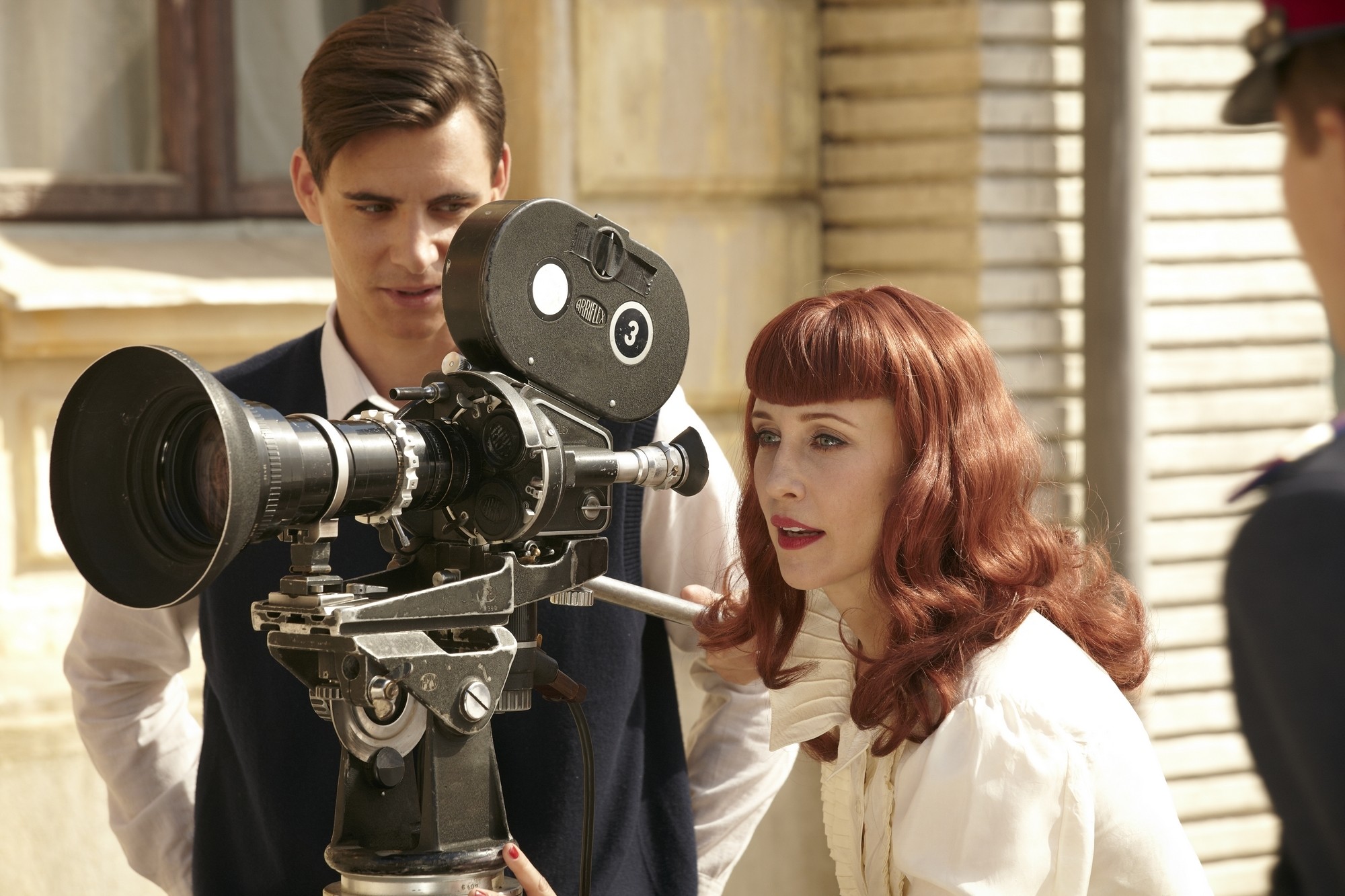 What an incredibly odd premise for a movie.  WWII freedom fighters, Romanians, Jews, bank robbers, film makers, all mixed up into one strange plot;  I’m intrigued at the very least.  I wouldn’t guess that either Farmiga or Strong could support a film based on their talent alone, but perhaps the story will be both interesting & strange enough to carry the torch if they happen to stumble.