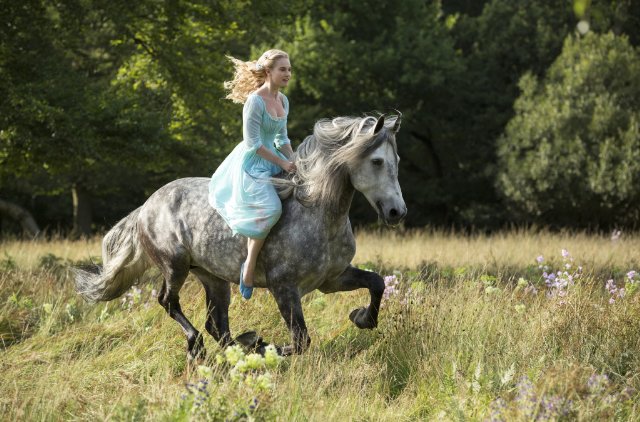 I don’t know why so many young & middle-aged woman are so excited about this movie.  It doesn’t even have the darker element that made Maleficent watchable, the other-side-of-the-story feature.  This looks like just a bad remake of the original, a watered down version with Helena Bonham Carter thrown in for good measure.  I can’t be the only person to think it, but I may be the first person to say it; Cinderella looks like crap.

Looks like a fairytale for big girls who haven’t found a Prince Charming yet. Marketing genius, a *yawn* for those of us who have. Also the characters aren’t very attractive, which is kind of a turn off. Also, I just basically watched the entire movie in the trailer, so I’m good.

It is too bad they didn’t put more of a twist to the story. I love Ever After with Drew Barrymore because it is a more “realistic” version of the fairy tale. Milan’s been obsessed with Ella Enchanted lately (he thinks Anne Hathaway is so adorable). This does look very similar to the original, with live actors instead of cartoons. Nice twist with Helena Bonham Carter as the fairy godmother. I expected her and Cate Blanchett in opposite roles.
Janelle http://www.janellefila.com