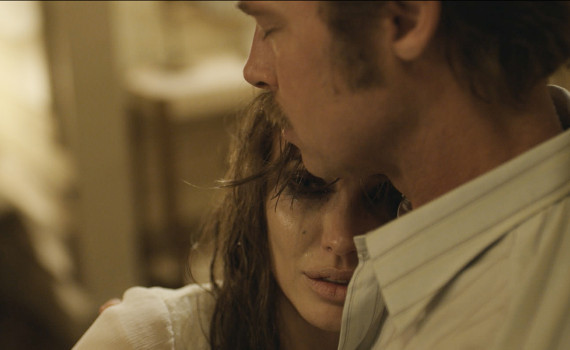 Directed, written, and produced by Angelina Jolie.  Hmm.  Her first attempt was with In the Land of Blood and Honey; not a success.  Her second attempt, though she didn’t write it, was with Unbroken; a little better, but a disappointment when you consider what a story like that should have accomplished.  Now she’ll give it another whirl, this time with Brad Pitt along for the ride.  It’s hard to tell by the trailer, but I’ll bet this is a small step in the right direction.  The film looks odd, bleak, difficult to watch, but captivating; a little like the woman in charge.