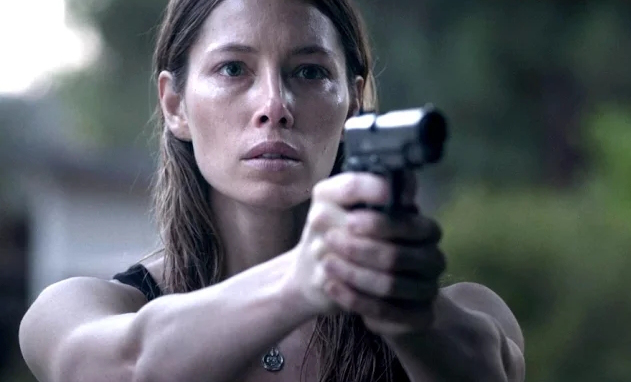 I understand the enormous pressure Hollywood puts on actresses, especially attractive actresses, and it must be hard to remain “true to yourself” while also fitting in, but why plastic surgery?  When has that been ever been a good call in the long run?  When has an audience looked at an actress ten years after she was a hot item and said “wow I’m glad she changed her face instead of simply aging healthily”?  Jessica Biel was one of the sexist women on the planet in her prime, and it’s a shame that she elected to have surgery on her face in an effort to hold onto that.  It’s a shame because it’s sad and it’s also a shame because it didn’t work, she looks weird.  The thinner nose, the higher cheekbones, the puffy top lip; what a mistake.  You were a naturally beautiful 20-something, Jessica, and I’m sure you’d be a naturally beautiful 30-, 40-, 50-something, it’s sad that you felt like you had to fix yourself; there wasn’t anything wrong.  ANYWAY, this movie looks bad, or at least the trailer was made terribly, and most likely no one will see it.