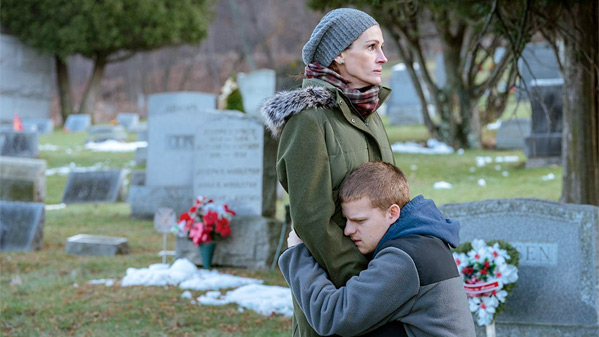 Talk about a tease.  This is barely anything but a tiny clip, but I already don’t like what I see.  Mainly, Julia Roberts, who is awful, right?  Don’t other people think so?  She’s a bad, over-dramatic actress, always has been.  I love Lucas Hedges, but I think he’s making a bad choice here, with an Oscar-bait film that won’t become what they’re hoping that they made.  Also, it’s directed by Lucas’ dad Peter, who really only does bad movies, so.