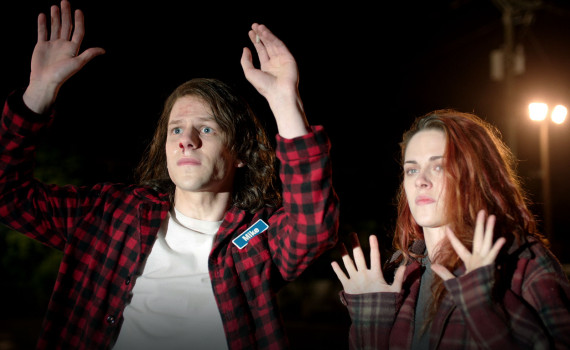 I’ve said it before and I’ll say it again; I don’t understand stoner movies.  I don’t smoke pot, I don’t know people who smoke pot, and I don’t find it funny when people talk about smoking pot.  End of story.  And secondly, I hate the whole sleeper-cell-secret-agent storyline; it’s silly, overdone, and completely unbelievable.  I don’t want to watch a movie where Jesse “Fire from the Sky” Eisenberg smokes dope and kills people with spoons.  And I didn’t enjoy Adventureland, another film where he teamed up with Kristen Stewart, so I’m just gonna bail on this one right now.