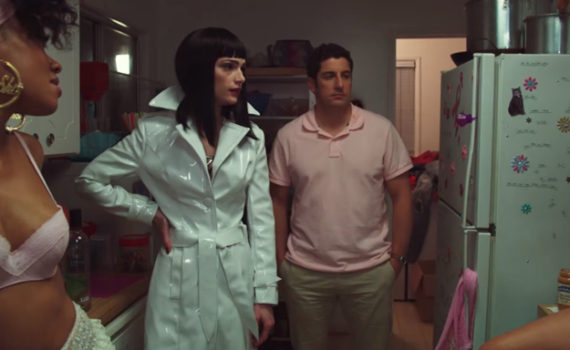 I thought I understood this film until the whole “true story” thing.  That threw me for a loop.  What is going on here?  Jason Biggs is a driver for some strippers?  This is a real account of someone’s actual job?  Odd.  The movie reminds me of Spring Breakers meets Girl Next Door, an odd sex comedy that’s kind of about crime but also about life …or something.