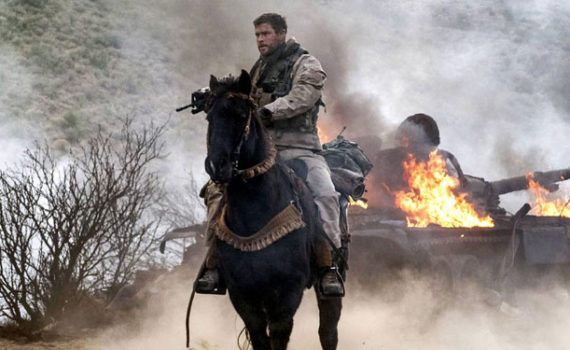 This movie represents everything that is wrong with the false sense of patriotism that the Conservative movement of America claims as its own, never realizing that what they cling to is propaganda, not love for their country.  It’s shit like this that keeps Wal-Mart shoppers voting Republican, because they think they are allowed to love guns and hate Muslims, that it’s OK to feel afraid and angry and mistreated all the time, that everyone feels the same way.  Well, we don’t, some of us see through the smoke screen, and if this sounds like ranting it’s only because I’m so tired of one party claiming patriotism like it’s something you can own, and turning off their minds because it’s easier to be led than it is to face the harsher truths and work through them intelligently.  This movie gives those people what they want; explosions, courage, a target to hate, and the permission to buy in, the only cost being their vote.  I know I sound like a left-wing loony, and that real life doesn’t make sense in the context of buzz words, but this movie really set me off, and I do think it was created by a certain recipe that someone knew would rile up the exact people I can’t stand.  So, forgive my indulging in rhetoric for a minute, but apparently I needed to vent that.