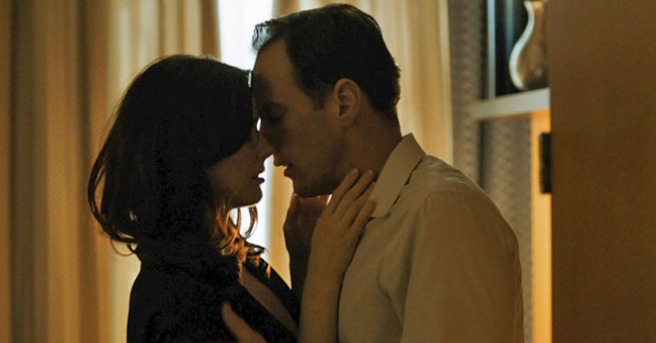 I really believed that this could be the moment that Patrick Wilson finally showed what he can do.  So far in his career he’s been the epitome of mediocrity; kinda good in everything, not great in anything.  But Zipper looked like his chance to shine.  Here’s the trailer so you can judge for yourself, but this seemed like his now-or-never moment.  Scandal, politics, infidelity, escorts, the pull between your animal instincts and your responsibilities; meaty stuff.  And while the film did mostly deliver the themes we were looking for and Wilson did definitively show us all what kind of actor he is, that actor is no more than the average professional we’ve seen before, cementing in my mind at least that he will never be a star.

Sam Ellis is a lawyer on the rise, taking on the government’s biggest cases, headed to the Attorney General’s office, maybe even making waves in Congress some day.  He’s handsome, driven, his wife is a savvy political player, he paves the moral high ground, and there seems to be nothing in his way.  Nothing at all, except the urges he can’t control.  Once getting the idea of escorts & hotel liaisons in his head, Ellis can’t get them out, and his life begins to revolve around his new-found addiction.  His money, his time, his energy, it all funnels toward the women he sleeps with on the side, not fulfilling even, only occupying, and slowly derailing his campaign to become the next, young, D.C. game-changer.

The best part of the film was the visible, internal struggle that Ellis went through while cheating; giving in to his desires even while it was ruining his life, trying to hide it all even while knowing that it couldn’t stay secret forever.  And that was when Wilson shone, when he actually looked for a moment to be something better than he has showed us so far in his career.  But then he had to have conversations with people, which is exactly when he & the film slowly started sinking.  He’s just not that good, couldn’t pull off the tortured dramatist, had zero chemistry with Lena Headey, and was given terrible dialogue to work with.  The political parts were left in the background, Wilson failed to hold his characters higher than the story, and the script was poorly written, leaving Zipper as an interesting film that had real emotion behind it, but wasn’t capable of all it wanted to achieve.